On Saturday at 6 p.m.m Maylyn Brady of Elmo was in Price at Gas N Go, 104 W 100 N. She left her 2008 red PT Cruiser unlocked and running with the engine running on the west side of the building while she entered the store.  While still in the store, Ms. Brady was notified via cell phone that her vehicle had just been driving off and the caller wanted to know who had her car. Ms. Brady discovered her car had in fact been stolen, and besides the theft of the car and many personal belongings, her ten-month old pregnant bull mastiff “Hazel” had also been stolen.

Ms. Brady reported the theft to the Price City Police and Officer Randy Salyer listed the vehicle as stolen and had dispatch put out a broadcast. Review of Gas N Go security video revealed an Hispanic female stole the vehicle and picked up her Native American male accomplice and they fled.

The abandoned vehicle was later located by the Tooele Police Department within their city limits. The vehicle was still operable but did sustain significant damage. In addition, Hazel was no longer within the vehicle, and a lot of other personal property was also missing.

Ms. Brady began reaching out for help via Facebook. On Sunday, a Tooele citizen had contact with an Hispanic female walking a dog matching Hazel’s distinctive description, to include brindle color and a pink collar. The citizen later realized she had come into contact with the stolen dog and notified Tooele PD, and Corporal Jason Graf began investigating the case. Later that day, another Tooele citizen had contact with the same Hispanic female and Hazel.  The female allegedly offered the dog to the citizen but the citizen did not want the dog. That citizen also later realized this was the stolen dog reported on Facebook.

Corporal Graf investigated further and located the residence where the female suspect was staying. After identifying the likely suspect and her male accomplice from information provided by that homeowner, Graf set up surveillance pending the return of the suspects.

The suspects did in fact return, and along with back up officers, were contacted by Corporal Graf. The female is identified as Sheena Marie Nevarez, DOB 8/24/85 of Tooele, and Remus R. Gray, DOB 6/15/80 also of Tooele. Mr. Gray was immediately taken into custody due to an active Board of Pardons no bail warrant for his arrest. Incident to Mr. Gray’s arrest and Ms. Nevarez’ detention, officers allegedly located methamphetamine, paraphernalia in their property as well as stolen property belonging to Ms. Brady.

At this point, both suspects were interviewed by Tooele PD Det. Ryan Warner. Post miranda warnings, both suspects individually acknowledged they were the subjects in the Gas N Go video stills provided by Price PD during the interview process.

Det. Warner elicited enough information to tie both suspects to the crime in Price as well as to the issues in their jurisdiction. In addition, Det. Warner allegedly learned that Mr. Gray and Ms. Nevarez were in Price so Gray could give a tattoo to someone. Of interest, Ms. Nevarez now has a tattoo of the word “Gray” on her left cheek (although this is not evident in her file photo), and Mr. Gray had nearly waist length hair at the time of the crime, but which he had completely shaved off by the time Tooele officers had contact with him.

Mr. Remus has an extensive criminal history with 17 previous arrests, and Ms. Nevarez has eight previous arrests (most from California). It is likely that enhancements will apply due to their respective histories. 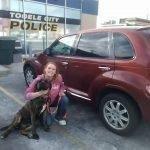 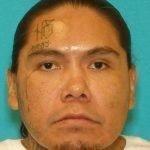 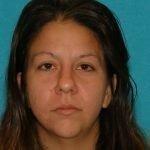