On Oct. 25 at approximately 6:30 a.m., a north Price resident returned to his home from work and discovered his residence had been burglarized. Entry was made through an unlocked door. The victim noted that three handguns, one muzzle loader rifle and various hunting related items had been stolen. The items are valued at approximately $1,500.

Price City Police Detective Chris Pugliese began investigating and tracked two suspects to a residence at 428 North 100 East in Price. With assistance from the Carbon County Sheriff’s Office, a perimeter was set up around the residence. Although it was known that people were inside the home, no one would answer.

Officers obtained written permission from the homeowner, who was at a different location, to enter the house and conduct a search. Then, one suspect, Cody Jones, 4-27-83 of Price, exited the home with another unidentified adult female. Both individuals were detained.

Deputies intercepted Malia Theorine, 9-3-80, as she exited the rear of the residence. She was detained. Officers also located Manuel Mitcheson, 5-7-92, hiding in a bedroom inside the house. He was also detained by police.

Officers subsequently recovered the stolen firearms and hunting gear as well as several other stolen items, including two laptop computers.

Jones was arrested and booked for a second degree felony residential burglary and related firearms offenses, as well as two unrelated statewide warrants.

Mitcheson was arrested for second degree felony residential burglary as well as related firearms offenses. It is also anticipated that he will be charged with three other felony theft cases that are active investigations.

Theorine was arrested for two statewide warrants and is being investigated for other unrelated charges on different cases.

Investigators are also working with with other local jurisdictions that have unrelated active cases potentially involving the listed suspects.

Price City Police caution all residents to secure their homes when they leave, even if only for a short period of time. 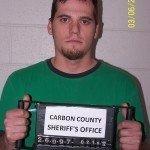 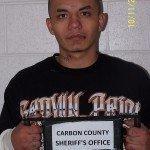 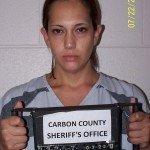