Dozens of Price City and other Carbon County residents were victimized by an ongoing series of mail thefts and tampering, primarily during the months of October through December 2015. The modus operandi of the suspect appeared to be targeting obvious birthday card mailings, outright stealing them (recipients never received them), or carefully opening them, stealing any money inside, and sending them on to the intended recipients. The thefts gained local and statewide media attention.

Price City investigators believed from the beginning the thefts were an “inside” job. Most victims were referred to the local Price Post Office and their Postal Inspector for investigation. It is unknown what the current status of the Post Office investigation is.

Pierucci was Mirandized and allegedly confessed to the thefts. He allegedly turned over additional cards to the officers. In addition to the cash that had been stolen, checks, money orders, personal pictures and personal notes were also recovered.

Pierucci was formerly employed by the U.S. Post Office in Price as a clerk (mail sorter), and his job was to handle incoming mail before it is processed into the system for distribution and delivery. Pierucci allegedly told investigators he would steal the cards while sorting them at the Price Post Office. (It should be noted there are no security cameras inside the work areas of the facility.)

Pierucci was arrested and booked into the Carbon County Jail on 45 counts of Class A Misdemeanor Mail Theft, with bail being set at $9,000. Pierucci has one previous arrest for Damaging a Jail on his record.

The Price City Attorney will review the report to determine appropriate formal charges. It is possible coordinated prosecution efforts with take place with federal authorities.

The investigation is ongoing and it is already known there are additional victims. If you believe you have been a victim in this series of crimes and you have not already reported to postal authorities, please contact the Price City Police Department at (435) 636-3000 or (435) 636-3190. 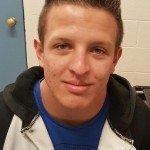 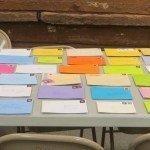