On Tuesday just before 11 a.m., a man identifying himself as James Pendleton phoned Price Public Safety Dispatch and advised he needed Price fire and Price police at 423 South 200 West. The caller allegedly reported he had beat up a man, the man was locked in the basement of the home and the house was on fire.

Price City fire units, Price City officers and Carbon County deputies arrived on scene within three minutes and discovered the fire had spread from the basement level, through the main floor, and into the attic and roof area of the home. Pendleton was on scene and allegedly reported to responding officers that the man locked in the basement was armed with a handgun.

Firefighters were initially delayed in fighting the fire until officers determined the scene was safe, which took several minutes. In the meantime, Pendleton allegedly broke through the locked door of the basement. When the door was opened, flames and black smoke prevented any entry into the home.

Pendleton, 39, was taken into custody at the scene by officers. Several other individuals in the residence fled the scene but were quickly apprehended by responding officers and Adult Probation and Parole. They were held for questioning.

Firefighters put out the fire and in the process of checking the residence for fire hot spots, they discovered the body of Brian William Swink, 32, in the basement of the residence.

Numerous people were interviewed in connection with the case. On Tuesday, Ashley Ann Platt, 21, and Michael John Dees, 38, were booked into the Carbon County Jail on 72-hour hold probation violations from Adult Probation and Parole. Platt was also booked on two active but otherwise unrelated statewide warrants. Pendleton was booked into the jail and held for investigation.

On Wednesday, Amee Lee Averett, 23, was arrested and booked into jail on a charge of a written false statement, a class B misdemeanor.

Also on that day, the Utah State Medical Examiner’s Office conducted an autopsy on Swink. A preliminary finding is that Swink died as a result of asphyxiation due to inhalation of smoke.

Additional charges are possible as the investigation continues and after the case is reviewed by the Carbon County Attorney’s office.

The residence is a total loss. On Thursday, the Price City Fire Chief and a city building inspector conducted an inspection of the house. It is anticipated the residence will be condemned and ultimately destroyed upon proper procedural conditions. 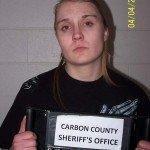 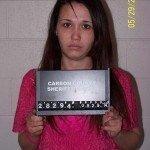 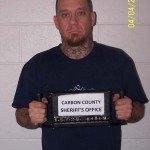 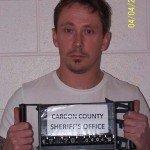