On Thursday, Price City Detective Sergeant Brandon Sicilia made an arrest in the recent string of auto burglaries from the Price area. Local transient Cornellias Ray Marcus, AKA “Cornbread,” 21, was booked into the Carbon County Jail for several Class A misdemeanor charges of auto burglary. Upon review of the cases, the city attorney will determine the appropriate formal charges.

Investigators from area departments shared information that impacted cases in Price, Wellington and Carbon County areas. It was determined that persons of interest in the related cases were Marcus and 27-year-old Aaron Shirley, also a local transient of Price. The information was distributed to area patrolmen.

At approximately 3 a.m. on Thursday, deputy Isaiah Palmer was called to a domestic disturbance on Elm St. in a county area of south Price. Deputy Palmer identified Marcus as one of the persons at the residence. Investigation by Palmer led to Marcus’ detention and the subsequent discovery that he was in possession of marijuana. Marcus was arrested and investigators were notified.

After waiving his Miranda rights, Marcus was cooperative with investigators and allegedly admitted his part in the reported vehicle burglaries. Marcus’ information led to the recovery of some of the stolen property, which included something from almost every targeted vehicle. Other stolen items were recovered at a Price residence.

Marcus is currently on felony probation, having been discharged from the Utah State Penitentiary in October 2014. Marcus has an already growing criminal history of six previous arrests, most for theft cases, but also involving drugs and alcohol.

Shirley, described as a local area transient, 5’6”, 120, brown eyes and black hair, is a Native American and goes by “Chief.” He is still considered a person of interest in this investigation. If you have information regarding the whereabouts of Shirley, you are asked to contact the Price City Police, Carbon County Sheriff’s Office or Wellington Police. Additional charges from county and Wellington jurisdictions are possible. 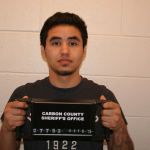 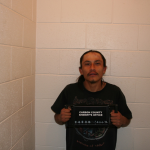