At approximately 1:30 a.m. Friday morning, a chase ensued involving a single vehicle and deputies. The chase began in Price and was called off by authorities. Soon after, the vehicle crashed in Helper and caught on fire. Two occupants were reported to have perished in the crash.

Additional information will be posted as it becomes available.

On Oct. 24 at 1:02 a.m., Price Dispatch Center dispatched law enforcement officers to the Tuscan located at 100 North Carbon Ave. in Price on a fight in progress. Deputy Sawyer Leonard arrived at the scene within a minute. He observed a vehicle leaving the parking lot and exited his patrol vehicle. He motioned and gave a verbal command to the driver of the vehicle to stop. The driver maneuvered the vehicle around deputy Leonard, narrowly missing him and then sped off at a high rate of speed. By the time deputy Leonard turned his vehicle around, the suspect vehicle had traveled over the 100 North overpass and he lost contact with the vehicle. Deputy Leonard described the vehicle as a black Chrysler type vehicle.

They discovered the suspect vehicle had collided with a house on River Street. Both the vehicle and the residence were engulfed in flames. Helper and Price City Fire Departments were dispatched to the scene. The fire was extinguished and two deceased occupants were discovered in the vehicle. The decedents will be transported to the office of the medical examiner for an examination and for identification purposes.

Utah Highway Patrol is investigating the accident and we are continuing our investigation into this incident. 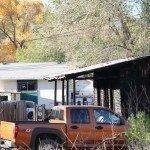 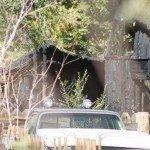 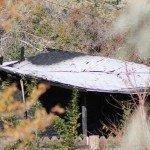 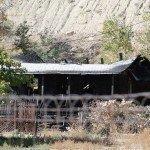 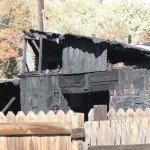 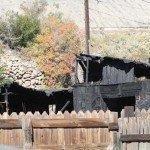 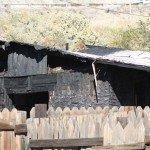