On Nov. 27, Price City Police identified Domonic Mathew Martinez, (DOB 9-25-85) as the suspect wanted for aggravated armed robbery in connection with an incident that occurred at Smith’s Food and Drug on Nov. 26. Martinez, who is still on the run, is also known as Cancerous or Canceris. He has recently lived in Price but has ties to northern Utah.

The robbery occurred Nov. 26 at approximately 11:15 a.m. According to police, a clerk reported that the suspect displayed a handgun and demanded money. The clerk complied and turned some money. The suspect, now identified at Martinez, then left the store in an unknown direction of travel and was never located that day.

Following the robbery, Price police officer David Wilkinson, discovered and obtained an item of forensic evidence at the crime scene. The item was secured and delivered to the Utah State Crime Lab on Wednesday. State forensics scientists were able to identify Martinez as the suspect.

According to local law enforcement, Martinez is also a fugitive related to several other incidents from the area and throughout the state. He is from the Wasatch front area and may be concealing himself there explained Price police. Martinez is a career criminal, with an extensive violent history and should be considered armed and dangerous.

Anyone with information as to his whereabouts, please contact local law enforcement, or call 911. 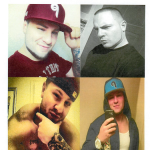 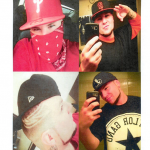 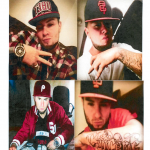 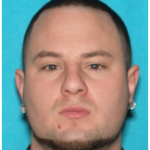