On Thursday at 1:50 p.m., Carbon Metro Drug Task Force agents served a search warrant issued by the 7th District Court at 1265 N. Carbonville Road #83, at the Circle C Trailer Court in Carbonville. This is the residence of Michael Anthony Greathouse, DOB 8/4/67, and an adult female co-habitant. The agents were assisted by Carbon County Sheriff’s Office deputies, Adult Probation and Parole agents, and officers from the Helper and Price City Police Departments.

During the search, agents allegedly discovered just over three pounds of marijuana, a little more than $3,800 cash, numerous items of drug paraphernalia, personal use amounts of methamphetamine, hash/dab, THC candy, mushroom spores and prescription medications. Greathouse and the female resident were reportedly cooperative with the agents.

Greathouse was arrested and booked into the Carbon County jail on a felony charge of Possession of Marijuana With Intent to Distribute, and a misdemeanor charge of Possession of Drug Paraphernalia. The adult female was released on scene, but charges for misdemeanor Possession of Methamphetamine, Marijuana, and Drug Paraphernalia will be screened for her. The Carbon County Attorney’s Office will review the report to determine the appropriate formal charges to bring against each defendant.

According to court records, Mr. Greathouse has 11 previous arrests between Utah and California, mostly for theft and drug related incidents. 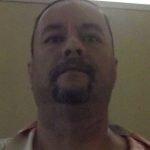