The Carbon Lady Dinos traveled to Grand this past Thursday on the soccer field. Both teams had promising offenses and defenses, allowing no goals in. In the first half, Kelsey Sorenson saved 15 from going in, leading to a 0-0 score at the half.

In the second half, neither team was able to find the back of the net, leading to the final score of 0-0. Kelsey Sorenson blocked seven attempts by the hosting team.

In the junior varsity matchup, the Lady Dinos suffered a loss, allowing three goals in the first 13 minutes. The goals were allowed by Syndey Ho, who saved 15 others from going in. In minute 26, Grand scored again, giving it the lead of 4-0.

The junior varsity team was not able to notch any points on the scoreboard, ending the game with a 6-0 loss. 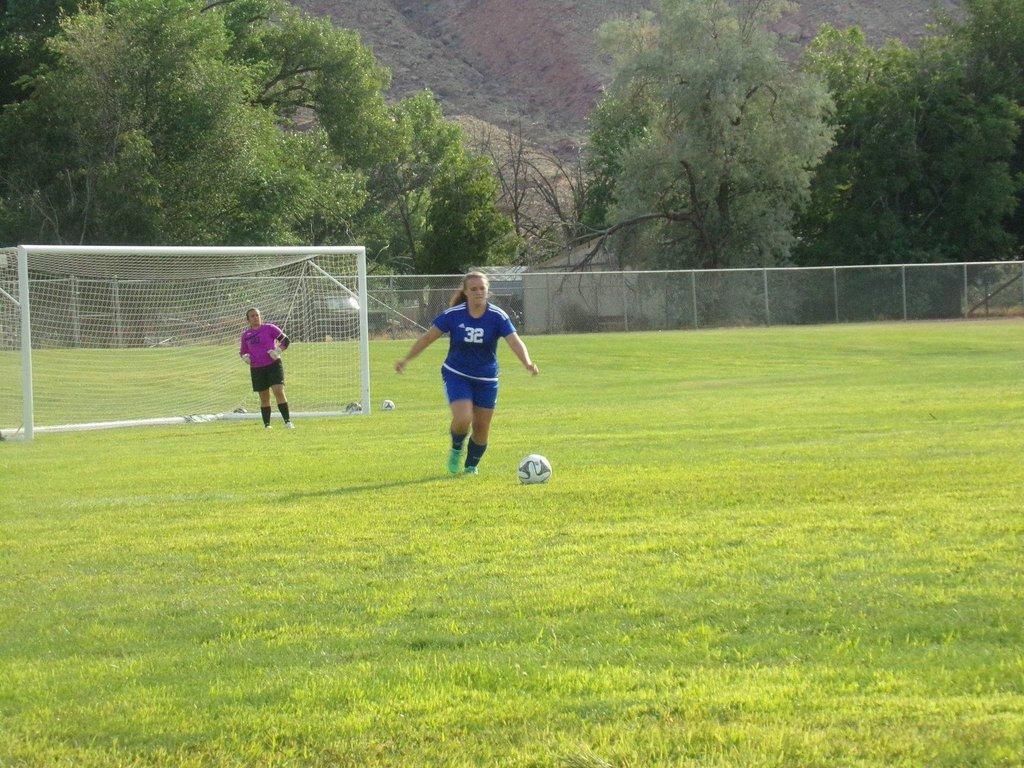 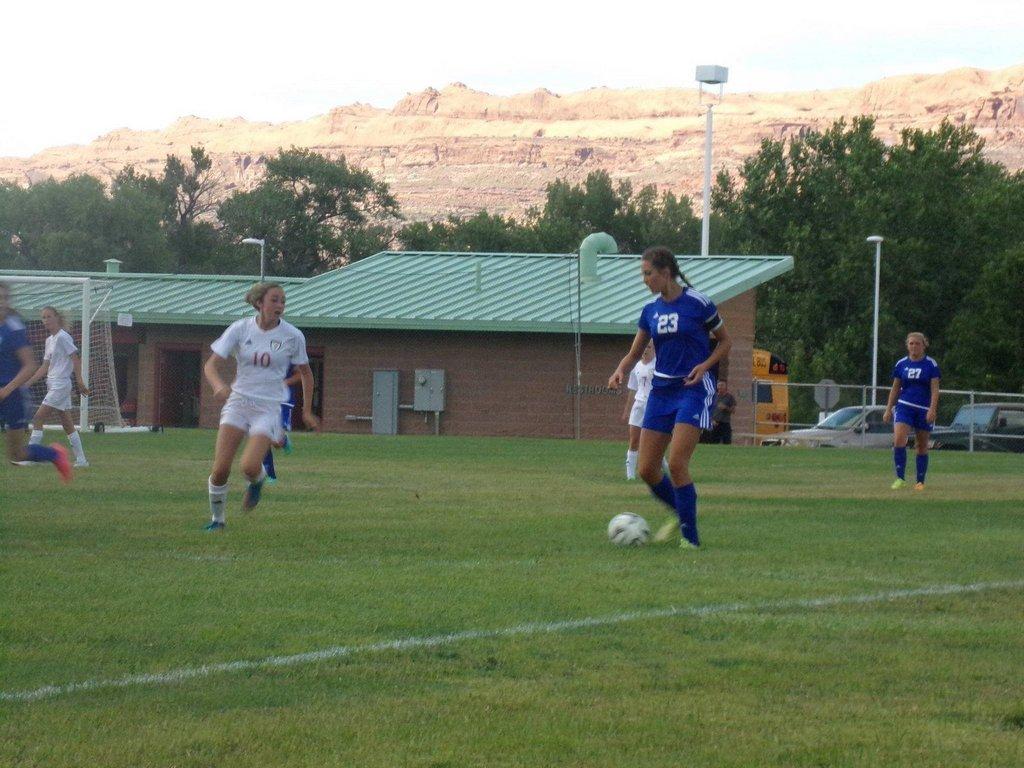