Both Huntington and Hunter power plants received Navagant Plant Operational Awards for the second consecutive year. Hunter Plant was recognized as the number one plant with Huntington as runner-up. Last year, the order of awards was reversed and both years, scoring for the two plants was very close. Currant Creek Plant, near Mona, received the award for the combined cycle plant. The operational awards are based on performance for a five-year period (2013-2017).

Navagant recognizes coal fired and combined cycle power plants all over the United States. Thirty-nine plants and 117 units were included in the selection of these awards. Both plants have demonstrated excellence in cost and operational management, improved performance and reliability and are in the top 50% for safety performance. Hunter Plant Manager Lauren Huntsman noted that Hunter Plant has had 637 days without a recordable incident, which calculates to almost 700,000 man hours without an incident. He recognized the employees, “for looking out for each other,” and stated that there was “nothing there worth getting hurt over.” His closing comment to Hunter Plant employees were, “This award is for you.”

Navagant representative Dale Probasco congratulated both plants on the flexibility of being able to ramp up when needed and cut back when not needed.

“You are delivering value to our customers. You have demonstrated customer sentricity, or always having the customer in mind,” he stated. 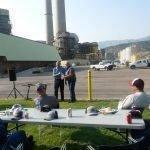 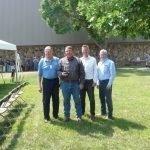 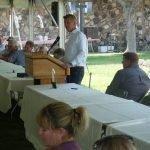 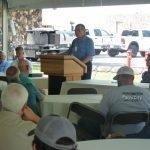 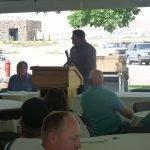 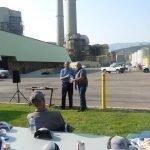