Assumption Greek Orthodox Church Father Serathim Johns, along with Pamela Cha, visited the Price City Council during its regularly scheduled Wednesday evening meeting to discuss the possible approval of a historic preservation pass through grant contract between Price City and the Utah Division of State History for stabilization, repair and cleaning of the historic stained-glass church windows.

As explained by Father Johns and Cha, most of the windows at the church have been there as long as the church itself; one hundred years. They are in a catastrophic place now and need to be redone. The church wishes to refurbish the historic windows as opposed to replacing them with new ones. The church does not wish to be rid of the invaluable artwork the windows provide.

Cha and Father Johns were asked where they found a consultant for such work, to which they replied that they were in contact with an individual who had similar work done and recommended Powell Brothers of Salt Lake City. A brother visited the site, going through the facility and taking pictures of the windows. From there, he wrote a very detailed plan. The grant contract to improve the church was approved by the council.

The council members also tackled a voting on the approval for multiple land use for the Castle Country Adventure Center by Tony Basso. This multiple land use would be located at 150 North Hospital Drive and would include a restaurant and bar with alcohol, convenience store with drive-up, gasoline and retail sales, advertising, sports activity facility and public information center.

The requests and instructions for the site were approved by Price City Planning and Zoning previously. One item on the side would be fueling, as Basso does not plan to install the fuel stations right away. Past June of next year, Basso would need to revisit the council for approval if they have not yet been installed. This multiple use permit was also approved by the council. 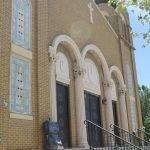 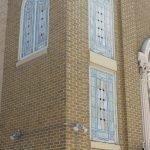 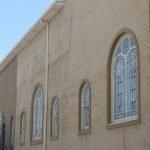