Councilman Layne Miller opened the first Price City Council meeting of 2022 with the safety seconds. For this meeting, Councilman Miller focused on seatbelts and their absolute need for safely driving.

He emphasized this with a story involving his wife and the four teenage boys they are fostering. Miller explained that his wife makes it a point to conduct a “seatbelt check” while backing out of the driveway each morning as an effective way to ensure that the boys have their belts fastened.

Following this, an oath of office was conducted for returning Councilwoman Amy Knott-Jespersen. In front of fellow council and the audience, she took the oath to support and obey the constitution of the United States and Utah as well as the ordinances of Price City.

An audit report for the fiscal year 2021 was then given to the council by a representative of Larson & Company. The report came back with positive notes, with the representative stating that there were no misdated balances found. As the city falls under government auditing standards, it is different from audits for non-profits and for-profits.

It was then explained that during the audit, they look at internal controls and do not give an opinion on them, but look at them to plan the test work and amount of testing that needs to be done. They investigate if there is a control that is weak in regard to processes and those doing the processing, as well as look at the policy and procedures to ensure that they are being followed. The council was also informed that the fraud risk assessment will continue, at least for the foreseeable future.

After this, a public hearing was opened to receive input on the 2022 update to the Price City Land Use Management and Development Code. Opening the hearing, Nick Tatton explained that this is part of the annual cycle, and throughout the year, possible updates are gathered, a lot which stem from the Legislative Session that takes place at the beginning of each year.

These changes or updates are presented, which involves a training as well as a public hearing process. On Monday, the Price City Planning Commission hosted a public hearing on the same matter, unanimously approving the resolution and supporting the approval of the ordinance. With this said, the hearing was opened.

Two citizens of Carbon County were in attendance at the meeting and a lengthy conversation was held between the citizens and the council regarding the updates. Ultimately, the wording was shown to be misleading in some areas and the council agreed that there were items that needed further review.

Tatton suggested that the council approve the ordinance and then review and discuss what was presented as worrisome by the citizens. The council then approved the ordinance with further discussion to take place at a later date.

The meeting drew to a close with the quarterly safety prize drawing, which is for qualifying employees that exhibited safe workplace practices over the past quarter. Time was turned to the city’s newest council member, Joe Christman, who then named the winner as Robby Donaldson. 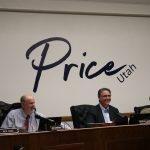 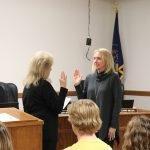 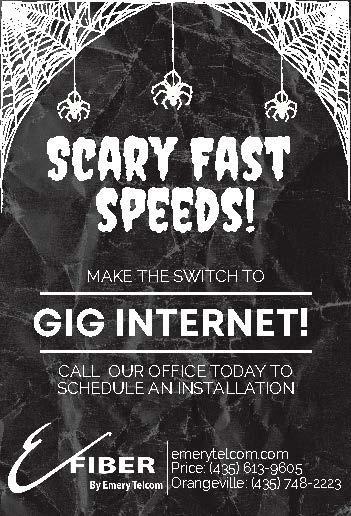