The Price City Council rang in the New Year with the first regularly scheduled City Council meeting of 2015 on Wednesday.

After the council members recapped their happenings over the past month, Mayor Joe Piccolo expressed his condolences for the people of France during their troubled times.

“I think of the safety we enjoy in our community and realize how blessed we are. We care about communities building communities, we care about small details,” Piccolo said. “I am grateful to serve with people who are concerned and working hard every day to make good government better in Price City.”

Gordon said she is looking forward to working closely with the mayor, city council and other city employees as she serves the citizens of Price.

“We hope you’ll lean on us because we’re definitely going to lean on you in the coming years,” he said.

Also at the meeting, the council was notified of the need to replace the stoplight at the 100 East and Main Street intersection.

According to city engineer Russell Seely, the city does not maintain its own signal lights. Instead, that responsibility falls on the Utah Department of Transportation. The light at this particular intersection is very old and replacement parts are hard to come by.

The city has requested a quote from Jones & DeMille to perform a traffic study to investigate the intersection to see what the city should replace the traffic light with; if it’s warranted to replace it with a new signal light or something else such as a four-way or two-way stop sign, or even a roundabout.

The light is a liability for the city and although it will be costly to replace, around $200,000 according to Seely, action must be taken soon to avoid dangerous situations in the near future. 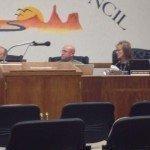 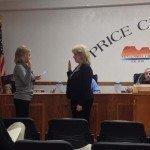 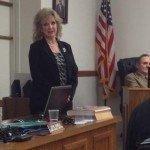