During the Price City Council meeting on Wednesday evening, a very special and well-deserved recognition took place for a Price City Police Officer and a citizen.

Chief Brandon Sicilia spoke on this, stating that this incident occurred about five months ago and the patient in this case was his boss 30 years prior. Chief Sicilia stated that he knows the values of this man and it humbled him to discover that he has raised a good handful of children and grandchildren.

On Nov. 23 of 2021, Price Police responded to an ambulance assist call. The reporting 911 caller was the patient’s wife, saying that her 61-year-old husband had collapsed and was not conscious or breathing.

With the help of citizen Baily Smith, they were able to move the subject, Raymond, from the chair onto the floor, where Smith then began CPR on his grandfather. Officer Jordan West was dispatched and arrived within two minutes of the call. She had the presence of mind to retrieve her defibrillator from her vehicle and rushed into the residence.

Chief Sicilia continued by explaining that Smith and Officer West worked on lifesaving efforts, treating the patient up to the time when he arrived at the hospital and was stabilized.

Sgt. Shawn Sackett then received a call from an EMT stating that due to the immediate lifesaving actions taken by Smith and Officer West, Raymond’s life was undoubtedly saved. According to the EMT, if immediate actions were not taken, he would have likely passed away.

With those quick and decisive actions, Sgt. Sackett recommended that Officer West be presented with the Lifesaving Award, while Smith received the mayor’s commendation. While Chief Sicilia said that Price Police routinely respond to these types of medical calls, this one resulted in a positive outcome.

“Most do not end with such optimal outcomes such as this,” said Chief Sicilia. 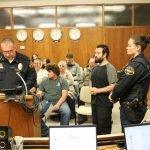 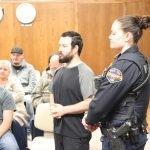 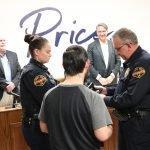 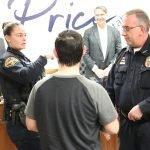