On the Friday evening, the Price City Library welcomed all to join Richard Dow for his novel reading.

Richard Dow was born and raised in Michigan but relocated to Castle Country. He and his family moved to the area about 16 years ago.

His book is called “Wayfinder” and is a fantasy novel. At the reading, he was accompanied by his family and a variety of community members. Dow read part of his novel to the group who came to listen while the library provided cookies and beverages for those who attended.

Dow has been successful with his first novel and told the audience that he is starting a second. 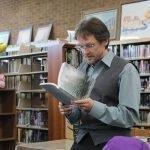 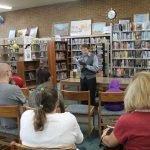 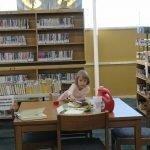