In the early morning hours on Thursday, Price City Police Officer Chris Cordova took a complaint of a stolen 1992 Honda Accord from a resident of northeast Price. Soon after leaving the scene of the theft, officer Cordova observed the stolen vehicle traveling eastbound on 800 North.

Officer Cordova stopped the vehicle and arrested the driver, 19-year-old Dylan Jade Young. Young confessed to stealing the vehicle, but claimed that he had returned to the area of the theft with the intent to return the car to the owner.

During an inventory search of the stolen Honda, officer Cordova located a .38 caliber handgun. Young confessed that he took the handgun from an unlocked vehicle in the same neighborhood earlier in the evening. The owner of the handgun has been identified.

Cordova was assisted at the scene by Carbon County Sheriff’s Deputy William Marinoni.

Young admitted that he had been inside other unlocked vehicles in the neighborhood, but denied taking anything else. However, officers located other items in the vehicle that may have been stolen in other vehicle burglaries in the area.

The police department has received at least one additional vehicle burglary report that occurred in the north Price area on Wednesday night.

Anyone in the north Price area who may have been the victim of an automobile burglary is encouraged to contact the Price Police Department at (435) 636-3190.

Young was booked at the Carbon County Jail on the following charges:

Additional charges are possible upon review by the Carbon County Attorney’s Office.

Young was one of four men arrested after a string of automobile burglaries in the north Price area in January of this year.

The Price City Police Department would like to remind community members to remove keys and lock all doors on unattended vehicles. 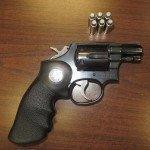 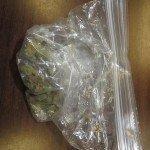 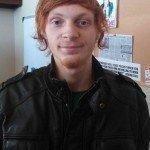