When Brenda Migliaccio-Kalatzes got a message on Facebook from her cousin, it seemed to be an answer to a question for which the Price resident was searching. Having considered the possibility of attaining a grant to help her dance studio, Migliaccio-Kalatzes was excited when the message told her about a website that promised exciting results. The deal seemed too good to be true: and, as time would tell, it was.

Unbeknownst to the unsuspecting citizen, it was not her cousin on the other computer. Rather, it was someone pretending to be her cousin who had created a fake account using the cousin’s name and profile picture from the social media website.

“I had no idea that they could actually do that,” Migliaccio-Kalatzes stated. “I thought I was talking to my cousin.”

Trusting the scammer and not knowing any better, Migliaccio-Kalatzes followed the pretend-cousin’s instructions to a website where she supposedly applied for a grant. The money she payed, however, did not go towards a grant but rather in a stranger’s pocket.

“Everybody said there is no way you’re going to get that money back,” the victim testified after she realized her mistake. Yet surprisingly, she did through the fast action of Officer Randy Salyer of the Price City Police Department.

Officer Salyer was able to locate the scammer and, through a time-consuming investigation, retrieve the stolen money, something for which Migliaccio-Kalatzes is extremely grateful.

Public are encouraged to take action when they fear they have been the subject of online scams such as reporting the event to local law enforcement officials or even reaching out to the office of the attorney general, taking necessary action to close potentially unsafe financial accounts.

However, catching the scammer and retrieving the money is not always the case. “In my experience, I’ve never heard of anybody getting money back from one of these scams,” officer Salyer explained.

With the outcome so bleak, the Price City officer was quick to prescribe perhaps one of the best solutions to the potentially crippling problem. “They really need to realize this is really one of those cases where an ounce of prevention is worth a ton of cure because often times these cases just cannot be prosecuted,” he said.

“The rule of thumb is if it’s too good to be true, it is,” Price City Police Captain Bill Barnes explained. The captain continued to offer similar preventable measures such as reading fine print in elaborate offers and being aware of scammers using a person’s sympathy as well as not giving unsolicited information away over the phone.

“There’s just no such place where you can send in a dollar and they’re going to send you back a hundred dollars,” officer Salyer testified. “It just doesn’t exist.”

More cautious after her fair share of internet excitement, Migliaccio-Kalatzes continues to praise the Police Department and attributes the return of the money to the quick action of officials involved in the case.

“Price City Police and their officers should get a hip-hip hooray,” she said. 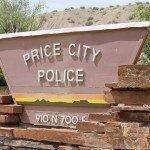 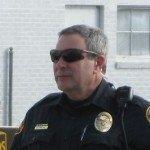