On Thursday just before midnight, Sgt. Stephen Regruto came into contact with Nichole M. Davis, DOB 10/9/92 of Price, near 200 S 200 W. Davis had a misdemeanor warrant out of 7th District Court. Incident to her arrest, it was allegedly discovered that Davis possessed drug paraphernalia, a little over 5 ½ grams of heroin, a little over 7 ½ grams of methamphetamine and packaging materials typically associated with drug distribution.

Davis has three previous arrests on her record. She is currently on a plea in abeyance agreement with the 7th District Court, which she entered into on 10/17/16. 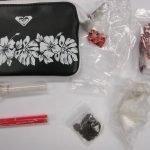 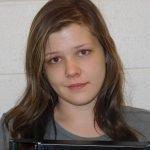