The Price Elks Lodge donated $4,000 to various organizations on Tuesday afternoon. Most of the money was raised by the organization’s Sub for Santa golf tournament while other funds came from bingo and private donations. Half the money was donated to Elks charities, the other half to local services. Of the funds, $1,000 was given to the Elks National Foundation-Veterans and $500 each to Camp Wapiti and its Little Warriors program. East Carbon City, Price City Fire Department, the Clampers and the Children’s Justice Center received $500 each.

The Clampers are using the funds to give Christmas presents to 130 needy children. The fire department stated it has nearly 40 kids on its Christmas list and East Carbon has about 20. The Children’s Justice Center will use the Elks’ donation to help fund its day-to-day operations. They all expressed thanks to the Elks for their help and generosity. Special appreciation was extended to recently deceased Elk Dan Johnston for his contributions to local charities and the community. 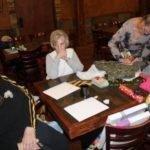 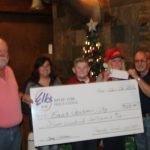 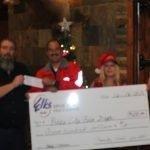 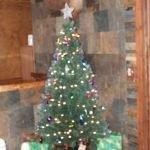 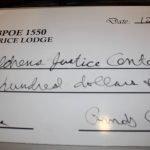 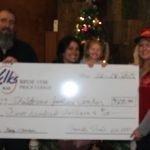 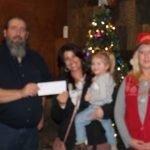 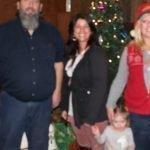