The Price American Legion baseball team swept the 7th Annual Rangely Invitational over the weekend for the team’s second out-of-state championship this season.

Kellen Trujillo scored the winning run in the championship game against Vernal in the ninth inning to secure the 5-4 win on Sunday.

Price kicked off the tournament against Coal Ridge on Friday. Price needed just four innings to earn the 15-0 win, in which the team had 13 hits. Caden Sherman singled, doubled and bashed a two-run homer in the game. Trujillo was a home run short of the cycle. Steven Zamantakis picked up the win on the mound with two innings pitched.

Price then played the Rangely, the host team, and continued its dominance, this time with a 13-0 win. Anthony MacLean got the win after three innings on the mound. Zac Hathaway homered in the game and added two singles with a total of four RBIs. Nick Rukavina had two singles and a double in the game. Price needed just five innings to complete the blowout.

In the second game of Saturday’s doubleheader, Price had three players with at least three hits, including Rukavina who had two singles, a double and a triple. Sherman and Jeter Tubbs each had three singles in the game. Dillon Lowe hits a two-run home run in the third inning. Vernal’s 16 and under team was no match for Price, as Price easily won the game 14-6. Hathaway pitched Price to the win.

In Sunday’s championship game, a lengthy rain delay of over an hour in the fifth tested the mettle of both teams. Price faced Vernal’s 18 and under team in the nine-inning game, in which Price squeaked by its opponents in the bottom of the ninth on an error, which scored Trujillo for the 5-4 win. Vernal scored twice in the fifth and once in the sixth to tie the score and four and force extra innings. Rukavina and Hathaway each had two hits in the game.

Sherman was named tournament MVP and was given a wood bat for the honor. Wood bats were mandatory in the tournament. Rukavina, Zamantakis, Hathaway and Trujillo were named to the all-tournament team as well.

Price will conclude the Salt Lake Valley League regular season this week with games against Cyprus and Herriman on Wednesday and Friday, respectively. 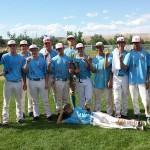 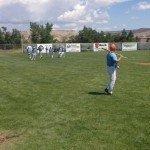 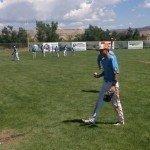 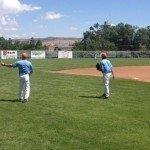 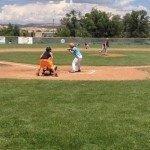 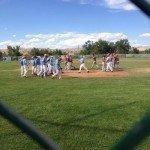 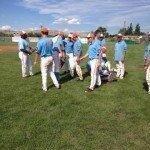 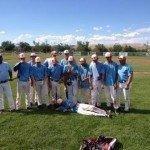 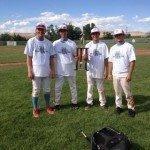