Thomas Albert Sanchez, DOB 9-26-84, of Price was arrested on a federal warrant resulting from alleged events occurring in January of 2016 at the same residence. Today, Mr. Sanchez was allegedly found to be in possession of a large sum of cash and a shotgun, and potentially faces new federal charges relating to those seizures. The female companion was questioned and released.

Sanchez was temporarily held at the Carbon County Jail pending transfer to the U.S. Marshals for his initial federal appearance.

Sanchez has three prior arrests with one assault conviction. 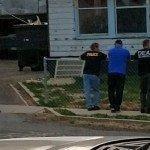 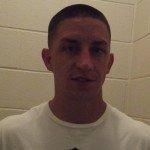