A Price man is dead following a collision with a semi in Spanish Fork Canyon Sunday morning.

According to the Utah Highway Patrol, 30-year-old Daniel Pike was driving his Monte Carlo eastbound on SR 6 near mile marker 196. A semi was in the same area, traveling westbound. Reports indicate that Pike went left of the center and struck the driver side of the semi.

Pike, who was not wearing a seatbelt and was the sole passenger of the vehicle, was partially ejected. His injuries sustained were fatal and Pike was pronounced dead on the scene.

“Driving under the influence by the deceased driver is suspected and is being investigated as a contributing factor in the crash,” UHP reported. 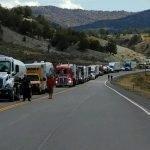 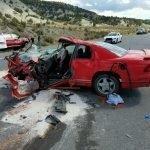 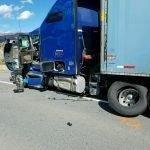 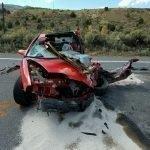