A Price man is dead following a rollover accident in Fairview Canyon on Saturday.

Troy Young, 48, from Price was reportedly driving a semi truck too fast in the canyon before the semi rolled, ejecting young from the cab.

“A semi with a backhoe on the trailer was traveling west on SR31,” the Utah Highway Patrol shared. “Witnesses have reported that the semi was going too fast down the canyon. At some point, the brakes on the semi overheated. The vehicle came around a right-hand bend near milepost two and the vehicle went into the eastbound lane.”

The driver then appeared to make an attempt to bring the vehicle back into the correct lane. The driver overshot the westbound lane, going off the right side of the road. The vehicle went up the hillside and then rolled.

“The backhoe came detached from the trailer,” UHP said. “The driver was not wearing a seatbelt and was fully ejected from the cab and was killed.”

The exact cause of the accident is still under investigation. 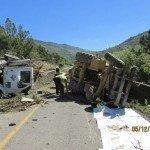 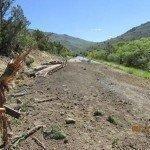 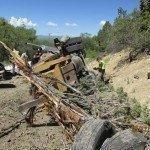 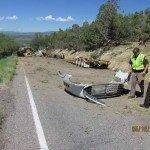