Transferring to the school after his time at the University of Utah, Bigelow has been a member of the team for three years and proven to be a key player and asset to the Knights.

While playing on the team primarily as a pitcher, but also spending time in the outfield, Bigelow was praised heavily by his coaches for his work on their team.

Humphrey praised Bigelow for his work ethic and desire to help the team, even when arm injuries kept Bigelow from spending time on the field, especially during the 2015 season.

“He was a constant model of leadership and hard work and the best pitcher when he was available,” Humphrey continued.

During his senior year, Bigelow highlighted the 2015-2016 team as team captain. Bigelow had a 2-2 record on the mound for the Knights. His first victory of the season came in February against William Peace in which he struck out five batters in 2.1 relief innings. Then on March 26 against York the pitcher was able to help lead his team to a 12-2 victory, allowing just five hits and no runs in seven innings of work.

Bigelow started in half of the six games in which he appeared. The Price native was also second on the team in wins with two and was fourth on the team in strikeouts with 17.

“Gage is one of the best young men that I’ve ever had the privilege of coaching,” head coach Logan Mann articulated. “He represented himself, his family and his community with pride.” 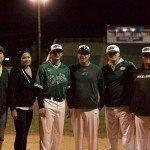 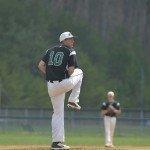