Garret Schmitz of Price will be representing the area proudly as the Commander of the Air Force F-16 Viper Demo eam that will be participating in the fly-by during the National Anthem at this year’s Super Bowl.

The fly-by is hosted each year during the Super Bowl and is usually some type of unique combination. This year is the 75th anniversary of the Air Force and the formation will be comprised of those that have been in the Air Force dating back to WWII, incorporating all generations of air craft.

Schmitz graduated from Carbon High in May of 2003 and that same year, he joined the Reserve Officers’ Training Corps (ROTC) while he was in college. In 2019, Schmitz became the Commander of the F-16 Demo Team.

Schmitz and his team were invited to perform in the Super Bowl in November, though the information was not publicly released until January. He stated that his first feeling was excitement, especially as a demo pilot, as this is the biggest stage to do a fly-by.

“[I’m] definitely excited to be a part of this,” Schmitz stated.

The F-16 Viper Demo Team flies in over 20 air shows each year and are all active-duty military. Schmitz stated that this passion for flight grew when there was an air show that was hosted in Price when he was young. He stated that it is a very exhilarating feeling for it to come full circle. 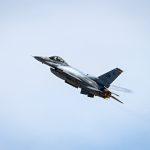 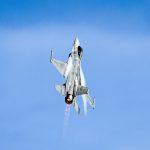 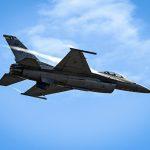