On 11-4-15 at 12:30 at 357 S 100 W #9 in Price, Price City Police Det. Pugliese was called to assist Adult Probation and Parole Agents at the residence of 34-year-old probationer Matthew L. Bowman. The agents had been conducting a home visit and discovered Mr. Bowman to be in possession of illegal narcotics, other contraband, a fully loaded semi-automatic handgun, and a Samurai Tanto sword/knife (designed for close combat situations). As a convicted felon, Mr. Bowman is a Category I restricted person and not allowed to possess firearms or other dangerous weapons.

The Carbon County Attorney’s Office will screen the report to determine what formal charges will be filed against Bowman. The Adult Probation and Parole agents also placed a 72-hour hold on Mr. Bowman. 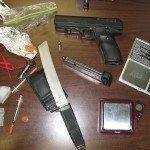 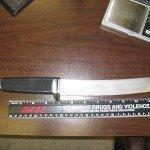 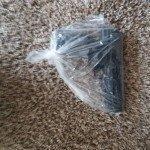