On Wednesday, Oct. 15, just after 9 a.m., observant citizens reported four suspicious persons, three males and one female and their vehicle at a parking lot near the Toy Atwood Ball Complex in north Price. The individuals were reportedly acting “strange.”

Officer David Wilkinson responded and discovered an abandoned 1992 silver Oldsmobile Cutlass, registered to Susan Davis of Price. Tyson Brewer, 26, of Price, ran away upon officer approach. Brewer has not been located. Currently he has an active warrant for an unrelated case and is still wanted for arrest in connection with this case.

The other three also ran up into the foothills along with Brewer. Wilkinson called for assistance and Carbon County Sheriff’s Office Deputy Jonathan Mangum responded and located Kassi Suzanne Davis, 31, of Price, at the top of the hill. Wilkinson took her into custody after learning she had driven the vehicle to the location without a valid drivers license and the vehicle had expired plates over three months. (It would turn out that none of the persons involved had a valid driver license).

Mangum located two males cowering in Mead’s Wash behind some bushes. Wilkinson went back to assist and James Arthur Brinkley, 30, of Wellington and John Andrew Brinkley, 34, of Price were taken into custody.

Numerous items of drug paraphernalia, crushed up pills, other prescription pills, 2.2 grams of heroin and a similar weight of methamphetamine were located. Many items were seized and the investigation is ongoing to determine legal ownership of many of the items.

Davis was booked into jail for an unrelated civil bench warrant as well as possession of drug paraphernalia.

Tyson Brewer was arrested and booked in to the Carbon County Jail on Oct. 21 according to jail personnel. 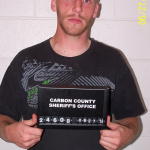 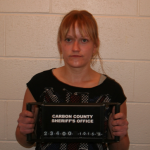 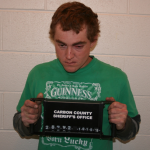 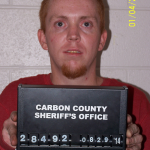