Over the past week, Mrs. Garvin’s second grade class at Castle Heights Elementary and Price Theatres have been collecting pajamas, books and monetary donations for youngsters in need this holiday season. Through school-sponsored activities, the group was able to raise enough donations to provide care packages for over 300 children.

The school hosted a pajama/book drive last week and kicked off the event with a school-wide pajama day. Those students who donated either a pair of pajamas, a book or money received a ticket to a free screening of “Frozen” on Saturday at the King Koal Theatre.

According to Castle Heights secretary Wendy Cowley, donations continued to pour in throughout the week. “We had several students bring in more than one item to donate, but only took one movie ticket, so it is difficult to track exactly how many items we received,” she explained. “We had some kids who were so excited and wanted to help out that they emptied their piggy banks and brought their money in.”

Those who attended the movie event on Saturday brought along friends and family members who also donated to the cause. Valerie Johnson, owner of Price Theatres, explained that half of concession sales during the event waere also donated to the fundraising effort, equaling over $100.

Johnson, along with her sister Lori Winn, came up with the idea and quickly included the second grade class in their endeavor. The idea was inspired by the Pajama Project, a nationwide program which provides a new pair of pajamas and a new book to a child in need. “This fundraising effort would not have been a success without the help of Mrs. Garvin’s class, Castle Heights and Wendy,” Johnson stated. “These kids did an excellent job and should be proud.”

Although the school-wide pajama drive is over, Price Theatres will continue to collect donations through Dec. 19. “We will accept money, books and pajamas,” Johnson explained. “Donations may be dropped off at the King Koal Theatre.”

All donations gathered through the drive will go toward local Angel Trees, Friends of the Children’s Justice Center and the national Pajama Program. 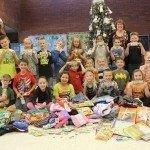 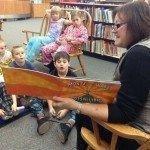 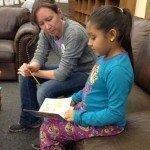 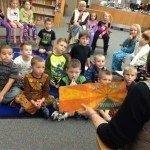 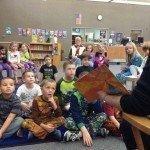