Cottonwood Elementary Principal John Hughes welcomed the Emery School Board to the school on Wednesday for their monthly meeting. He gave each board member an outline of the items of note in a State of the School report. Principal Hughes stated that the school continues to undergo changes but feels that even under these circumstances, this school year has been a successful and productive year.

Some of the highlights he noted included student ownership of learning where students learn to have a vested interest in their learning, tests and results. A requirement for the school’s Title 1 program is having a parent night, so a virtual event was developed, which included short teacher videos that parents can review online. Principal Hughes also thanked the district for the decision to have early release on Wednesday, which has helped teachers receive professional development during contract time.

Principal Hughes continued by describing their phonics and math block program that allows students to cross grade on their levels for small group instruction. He commended Mrs. Carroll’s instruction in the STEAM (STEM plus Art) Makers program, which has been moved to lunch time. Principal Hughes then expressed gratitude that all students at Cottonwood Elementary are able to attend face-to-face learning except three. He stated his appreciation for the support and care of the school board.

Emery School District Superintendent Jared Black recommended the following individuals for hiring to the board for approval: Cailee Killpack as a self-contained aide at Cottonwood, Christella Lake as a resource aide at San Rafael Middle School and Laryssa Revelli as an assistant swim coach at Emery High. The board approved these names for hiring.

In his report, Superintendent Black informed the board that COVID-19 testing of all athletic teams took place on Tuesday, Dec. 1. The district staff was involved at both Green River and Emery High. The state provided the PPE and tests, but the district has also purchased some of these. He stated that schools and students seem to be getting back on track as they all strive to get back to normal.

Emery School Board President Tracey Johnson presented Jessy Johansen with gifts of appreciation for her service on the board. Other members also expressed their gratitude for her conscientious work as a board member. 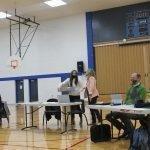 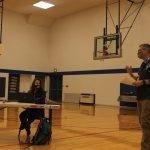 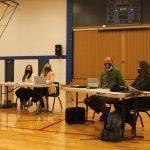