The Pineau’s Tumbling and Trampoline Team (PT3) competed at the summer games that took place on June 15. During this event, PT3 competed against Utah, Nevada and Idaho teams.

Coaching staff from PT3 stated that the team braved rain and thunder for the opening ceremonies that ended in a Plain White T’s concert and fireworks. The coaches expressed that the girls showed great sportsmanship for being on summer break.

“They did really great. We are proud,” concluded the coaching staff. 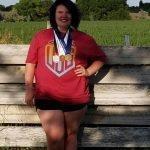 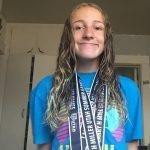