This project, sponsored by the Utah Division of Wildlife Resources, will be in Carbon and Emery counties and is under the authority of the Watershed Protection and Flood Prevention Act. The improvements that are being proposed by the NRCS are for the Olsen Reservoir.

The NRCS explained that the main objective of the project is to implement a local water management solution that will sustain both agricultural operations and farmlands. Additionally, the project will provide flood protection, enrich the rural economy within the area, and improve the fish and wildlife habitat. It was stated that, as of late, no wildlife have been seen in the area due to the reservoir not functioning.

The main feature of the project will be to improve the storage capacity, as well as the dam safety, of the reservoir. Constructing flood protection structures along the Carbon Canal and creating a new water delivery system to Olsen Reservoir have also been proposed as project features. Federal funds and federal land have both been received for this project.

A public scoping meeting was hosted on Wednesday evening at the Price DNR Office Complex. The meeting is an essential piece of the planning process and following it, funding may be sought for design and construction.

Members of the NRCS and DNR were present to speak at the meeting. Also present were representatives of Jones & DeMille Engineering, the firm hired to assist with the engineering aspects of the project.

Explained to landowners and others present were the schedule, engineering, general areas of the project and more. A feasibility study and water balance study were both conducted at the site to ensure success and accuracy. The public scoping period for the process began on Aug. 14 and will run until Sept. 13, enabling many voices to be heard on the project.

Maps were available for reference during the question and answer period and sheets were available to write down questions and opinions. Attendees were also invited to take sheets home to write more questions or opinions following time for consideration. Two more drafts will be written with public meetings hosted after each before the final is submitted. 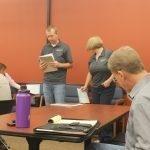 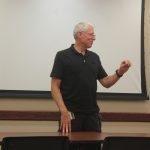 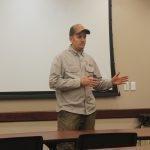 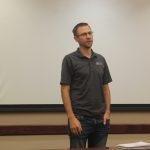 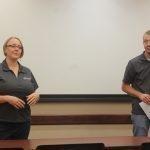 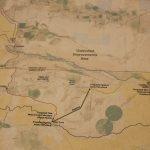 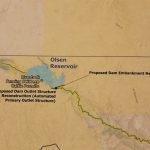 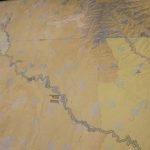 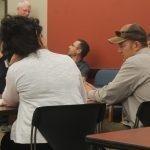 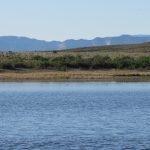 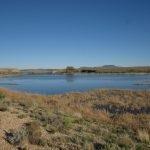 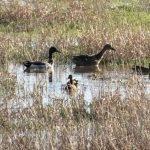