The Price branch of the Boys & Girls Club of Greater Salt Lake recently welcomed the HOPE Squad of Carbon, Emery and Grand Counties to host a Question, Persuade, Refer (QPR) certification training in their building.

HOPE Squad Vice President Amanda McIntosh led this one-hour training, with a handful of community members from various areas of business in attendance. It was explained that, much like CPR, QPR works to teach three simple steps that may save a life. McIntosh began the training with some staggering statistics.

Over 800,000 people die by suicide annually, with one person every 40 seconds dying. Utah ranks sixth in the nation for suicide as of 2019 and suicide is the first leading cause of death for those that are between the ages of 10 to 24 in the state.

In Utah, an average of four women are treated for suicide attempts every day and it is a leading cause of death for adults in the state between the ages of 24 to 64. There is an average of ten suicides per week and 627 suicides per year in Utah. McIntosh explained that QPR is not intended to be a form of counseling or treatment, but will offer hope through positive action.

McIntosh then led those in attendance through the many ways that QPR may help an individual that is seriously contemplating suicide. Throughout the hour, attendees learned what to say, what not to say, when to say it and more to assist those that are in need. At the end of the training, each participant received a training certificate and a variety of resources. 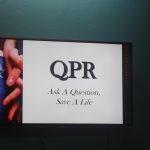 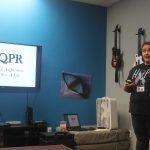 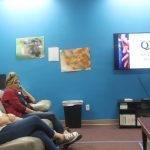