Junior Kyle Quinton was named to the All-Region 12 first team on Thursday. Four others were named to the honorable mention team as well.

Gage Daugherty, Brad Williams, Peyton Fausett and Mitch Olson were the others on the team. The five that were named were the most from any other team from Region 12.

Quinton, who came in off the bench for the majority of the season, averaged 9.5 points per game and 4.9 rpg. His best game of the year came against Canyon View on Jan. 21 in which he scored a season-high 21 points. He also grabbed eight rebounds and dished out three assists.

Daugherty’s season and career high came against Union on Jan. 27 in a game that he nailed eight threes en route to 33 points. The junior averaged 7.0 ppg during the season.

Williams’ best game came against Emery on Jan. 9, a game in which he poured in 17 points, including four threes. Williams, a senior, finished the year with a 7.0 ppg clip.

Fausett, also a senior, averaged 4.9 ppg, and had two games in which he scored 10 points.

Olson led the team in rebounding during his senior campaign, averaging 7.5 rpg to go along with a 7.0 ppg clip offensively. 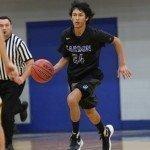 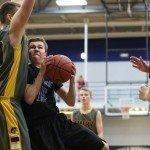 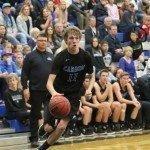 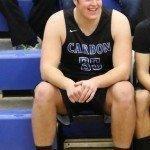