End-of-the-year recognitions were in order during the Carbon School Board’s meeting last week.

Carbon High School’s (CHS) drill team was the first to the podium to be recognized for its successful year. The drill team was able to secure the title for 3A State Academic Champions and Sportsmanship of the Year.

Drill team members Danni Blanton, Abbie Butkovich and Chloe Monson were honored with positions on the All-State team. Blanton and Monson were also able to reach the requirements for Academic All-State along with Madisen Justesen and Rylie Frandsen. In addition, Frandsen earned the title of 3A Drill Down State Champion.

Bennett, who has served as the CHS drill coach for over a decade, recently announced that this will be the end of her journey with the Dinos. However, she ended her reign in style by earning the 3A Coach of the Year title.

Carbon High head cheer coach Chloe Pritt, along with the cheer team, were then welcomed to the podium to talk about their season. The Dinos were named 3A State Champions in their show routine and they are already back at it, practicing for next year’s competitions.

Castle Heights Elementary’s archery supervisor Kyle Hansen was thrilled to announce that his team is now in its fifth year of taking the state tournament. The Knights were also able to add a new title to the list as national champions this year.

Tom Lasslo, Mont Harmon Middle School’s (MHMS) archery supervisor, expressed that his team had been preparing for the competitions steadily since early October. MHMS was able to land the top three slots in the female competition at state.

In the male competition, MHMS was able to sneak in with a third place finish. At nationals, Lasslo explained that he had 16 students that were shooting 270 or higher, which made for a very steady day of shooting during the competition.

“They have been extremely committed, putting in an incredible amounts of time,” said Lasslo. “They are just a fantastic bunch of kids that are absolutely amazing.”

The high school’s archery instructors, Phil Howa and Adam Cunningham, were thrilled to announce that their team took state once again for the second year in a row.

Cheyenne Slaughter was a huge name discussed during the meeting because she has earned the title of Grand Champion after ranking first out of 197 in the female competition. Slaughter is now moving on to the Open Championship, which will take place in Kentucky in June.

“We are creating a dynasty,” said Howa.

FFCLA was then recognized for the many students who qualified for nationals, Helper Middle School has six students who have qualified, while CHS and MHMS both will have five students from each school to represent at the competition.

Students from the high school and middle school level who participated in science fair were welcomed to the podium to explain their project along with what place they took in their competitions this year.

Blackburn made a documentary on the Japanese internment camps during World War II, while Bryner created a documentary on one of Martin Luther King’s civil rights movements known as the children’s march.

“We have some pretty talented individuals,” said Sweeney.

CHS boys’ soccer head coach Chad Codwell began the recognition by stating that this season, they were able to achieve new levels that they haven’t been able to in the past. This year, the boys’ soccer team was named 3A State Academic Champions before following it up with the Region Soccer Championship Title. Both of those successes have not been done accomplished before.

“We are very proud of that,” said Codwell. “It’s been a long-time coming.”

Jackson Griffeth and Miguel Ordonez were also both in the top 20 for the 3A for goal score leaders and assist leaders.

“We hope they have memories that last a lifetime,” said Codwell. “Though all of our accomplishments, it never overshadows our objective, and that is to create an opportunity in a safe environment for these young boys to become young men.”

Andrus Daniel and Mighty Ametsikor were both competitive debaters throughout the school year, placing in most of the tournaments throughout the season. Both were able to secure first place in state, including Daniel in oratory and Ametsikor in combined interoperation. 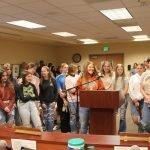 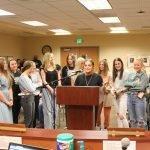 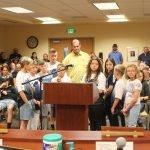 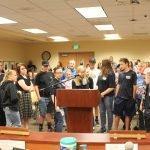 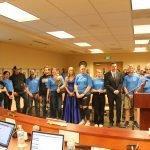 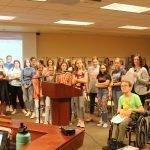 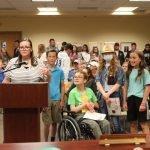 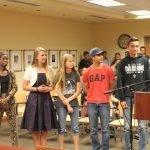 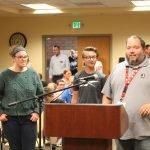 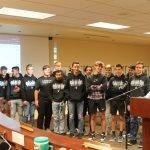 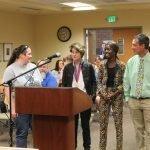 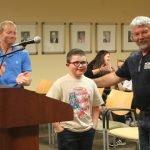