The curtains opened on the Hello Day assembled at Hillside Junior High School in Salt Lake City to reveal a rock and roll band from the ninth grade. The year was 1965.
Jeff Whiteley, a seventh grader, talked to the stranger next to him, “this is pretty cool.” The stranger replied, “I have an electric guitar at home.” Whiteley followed him home for a guitar lesson. That was the beginning of the Red Feather Acoustic Quartet.
Of course, the years have gone by, but the core of the ensemble, singer Brian Thomas, guitarist and singer Bill Ware, and guitarist and singer Jeff Whiteley, have been performing together off and on since 1966. Robbie Ware, Bill’s son, joined recently on bass.
The Red Feather Quartet performs music from the 60s and 70s, including songs from the Beatles, the Everly Brothers, Willie Nelson, George Strait, James Taylor, Simon and Garfunkel, and Loggins and Messina, to name a few.
They have also been instrumental in helping establish the arts non-profit Excellence in the Community, an organization that creates more and better performance opportunities for Utah musicians. When the COVID pandemic settled in, Excellence moved to a live stream only basis for its concerts. Since 2020, the live streams have reached over 18 million views. And, those viewers have spent over 18 years, cumulatively, watching Utah artists perform.
Excellence recently crossed the 1,000 concert milestone. The organization received a Best in Utah 2021 award for its efforts to combine live concerts with live streams.
The Red Feather Acoustic Quartet’s most recent performance occurred at the Helper Middle School. Students from the middle school and Castle Valley Center joined the concert. 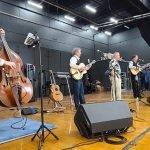 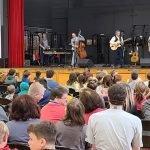 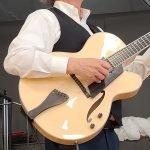 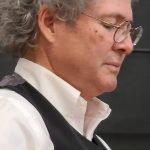 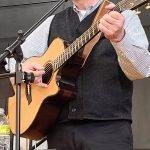