In early 2018, local citizen Valorie Marietti’s attention was drawn to a radio broadcast where Salt Lake Medium Jo’Anne Smith was discussing the desire to bring an Angel of Hope statue to Carbon County.

Marietti, who lost her son Jace just two years ago, was highly interested and contacted Smith to submit Jace’s name on the statue. Smith informed Marietti that it was a very slow-going process and, when Marietti volunteered to help, Smith jumped at the opportunity for assistance. Since then, Marietti credits the project to taking over her life.

This statue will be placed in the Cliffview Cemetery in Price and Marietti is worried that many will discover the dedication ceremony has taken place and did not know about the statue beforehand. The statue still has plenty of room for names and anybody that wishes to put a loved one’s name that has passed may do so. Marietti stressed that it does not have to be their child.

It is $100 to place a name on the memorial wall. The base of the statue has quite a few individuals that have paid to place a name, though it came up quite pricier at $1,000. Marietti assured that there will be room left and names will be continuously added with plans to add more walls as needed.

Marietti also stated that, each spring, there will be a planting day where individuals may come in and plant for a loved one. A white rose ceremony will also be conducted on Dec. 6 at every Angel of Hope statue in the world, which equals to around 130, at 7 p.m. Marietti also stated that there are many people on the committee and many ways to donate. There is an account at the Eastern Utah Community Credit Union as well as a GoFundMe.

On the Angel of Hope of Carbon and Emery Facebook page, Marietti requests that those that have submitted money make it known in order for the name to be placed. She requested that all that wish to have a name placed contact her as soon as possible, as the dedication is slated to take place on Sept. 27 at 7 p.m. Sept. 27 is a special day for Marietti as it is Jace’s birthday, who would have been turning 23. 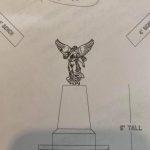 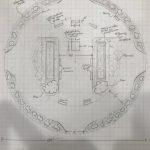