Voters filled the Helper Auditorium Wednesday evening to interact with republican candidates running for county positions. At the convention, voters had the chance to hear a five minute speech from each candidate before casting their vote. In the end, it was revealed which candidates will represent the republican party in this year’s election.

Running for the county commissioner/surveyor position was Jake Mellor and Jeff Nielsen. Both candidates emphasized what a great place Carbon County is and how they want to make it even better, especially for the youth and their futures.

Thomas Jensen and Timothy Urbanik both wish to represent republicans in the 2014 election for Carbon County Treasurer. Both candidates possess a vast amount of experience and want to serve the county to the best of their abilities.

“I will ensure that the numbers are right,” stated Thomas, who has a master’s degree in accounting.

Urbanik emphasized four objectives that he feels make him the right person for the job: banking experience, communication, work ethic and enthusiasm.

David Kardelis and current county commissioner Jae Potter ran for an additional commission seat as well. Both men had multiple ideas for improving Carbon County and playing on its many strengths to bring prosperity to the area.

“When I first ran for commissioner, I wanted to serve two terms,” Potter explained. “I believe if you don’t accomplish what you set out to do in the first four years, get out of there and make room for someone who will.”

Potter went on to explain the beneficial term he has served and his desire to make a second term even better.

Jeff Wood is running unopposed and will be the republican candidate for Carbon County Sheriff. According to Connie Hamilton, who introduced Wood prior to his speech, there has not been a Republican sheriff since her grandfather was in office about 60 years ago.

Wood explained that he has worked as deputy and an officer for the Wellington Police Department, USU Eastern and Adult Probation and Parole. He wants to focus on school safety, fair hiring practices and training of current employees.

LaNell Denison will represent republicans in the election for county assessor. Denison works for city sanitation and is confident that she is the right person for the job. “I’m efficient,” she said.

After voting was complete, the winning candidates were announced. Running for the republican party for 2014 county positions will be Mellor and incumbent Potter, while Urbanik and Jensen will go to the primary election.

Undecided at the county convention was the republican candidate for the Utah House of Representatives seat in House 69. Incumbent Jerry Anderson and Christine Watkins, both from Carbon County, are seeking nomination. Also running is Bill Labrum from Duchesne County. The republican candidate for the general election will be decided on April 26 at the Republican State Convention. 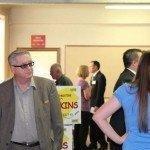 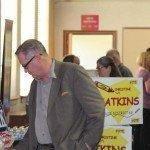 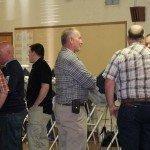 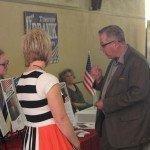 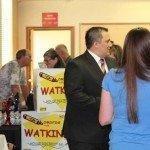 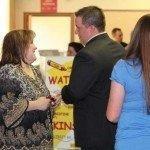 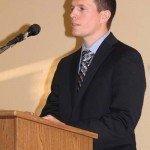 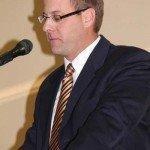 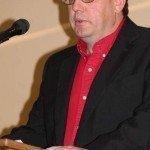 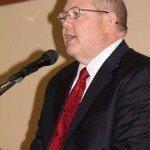 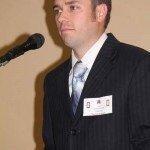 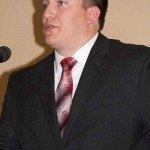 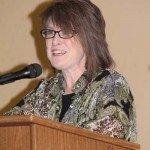