Emery County Search and Rescue was dispatched to a call on the afternoon of April 3, 2020. A woman and her 11-year-old son from Montrose, Colorado were hiking the Bell Canyon/Little Wildhorse Canyon loop in Emery County when they got off trail and became lost. The woman was able to make a call from her cell phone, which provided GPS coordinates for rescuers. The pair were advised to stay where they were and await rescuers. The woman stated that they had some provisions, but were dressed in shorts and t-shirts. They did not have jackets or fire starters.
Seven members of Emery County SAR responded – – a drive of almost two hours. They then used motorcycles and a side-by-side to reach an area where they then had to hike to reach the pair. Rescuers came in from two directions – – one group from Mackay Flat and the other from Behind the Reef. In the meantime, the woman contacted ECSO Dispatch Center again to advise that they would be wrapped in an emergency blanket under a tree awaiting rescuers.
When the pair was located, the hikers were asked to put on Tyvek suits, N95 masks, gloves and safety glasses as a precautionary protective measure for all involved during the COVID-19 pandemic. Everyone hiked out to the Behind the Reef road and the mother and son were transported back to their vehicle to return to Hanksville where they were staying. ECSO and Emery County Search and Rescue are so grateful that this rescue was successful and that mother and son are able to return to their family in Colorado.
Although the State of Colorado is under a Stay-at-Home Order issued by Colorado Governor Jared Polis, and Utah’s Governor Gary Herbert has issued a “STAY SAFE, STAY HOME” Directive, the woman told rescuers that she had called someone who told her it was okay for her to hike the trails in Emery County as long as she didn’t stay overnight in Emery County.
ECSO encourages all to follow COVID-19 orders and directives across the nation without trying to bend the rules or find loopholes. Over 49 man hours were expended on this rescue and valuable resources were used. Our rescuers and first responders respond professionally and rapidly without thinking of their own safety. They are trained to serve and protect. Please do your part to help keep them safe by following the orders and directives that are in place. STAY SAFE, STAY HOME. 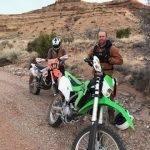 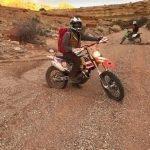 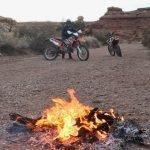 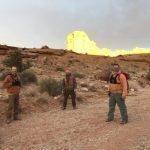 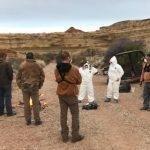