A virtual book event with Christian Wright, author of “Carbon County USA: Miners for Democracy in Utah and the West”

What has United Mine Workers of America meant for miners in Carbon and Emery counties? How did this organization evolve over the course of the 20th century? Is doing labor history an exercise in nostalgia or a relevant contribution to our debates about the future?

Critically re-evaluating the New Deal and postwar eras, “Carbon County USA” celebrates coal miners’ triumph over exploitative conditions while recognizing the ultimate limitations of the UMWA and CIO models that began to falter by the late 1960s. Its regional focus upon the Black Lung and Miners for Democracy movements breaks new ground in western history, and its sensitivity to miners’ racial, gender and generational identities illustrates the roles of nonunion miners, antiunion employers, ethnic minorities, women and the unemployed who transformed an industry and a region during the great intermountain energy boom of 1974 to 1982.

The Castle Valley Archaeological Society is pleased to present this online event on April 15 at 7 p.m. It will be available through Zoom or the CVAS Facebook page.

Christian Wright is a historian, interpreter and explorer of the Intermountain West and Colorado Plateau. Born in Atlanta, Georgia, since 2008 he has lived and worked primarily in Utah, Colorado and Arizona. His diverse professional background includes many years in the music industry, regional restaurants and ski resorts, commercial river running, and public service as an NPS interpretive ranger and historian.

He lives in Moab, Utah, where he has been a volunteer DJ on KZMU since July 2015, and currently produces the weekly two-hour science fiction and electronic music-based program “Atlas 1984.” When not working as a boatman in Cataract, Grand and Desolation canyons, his historical research explores regional mining, labor, environmental and tourism history. 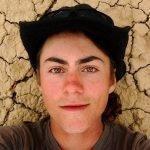 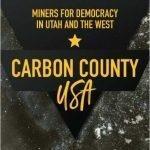