“Like a good neighbor” might be a line in a commercial for insurance, but the Sage Riders Motorcycle Club in Utah has found it to be meaningful regarding public lands as well.

It all began in 1982 when the Sage Riders put on the first Neversweat Hare N Hound in Emery County. Through the following years and more races, the Sage Riders got to know the cattlemen who owned the grazing permits in the area. These cattlemen live, work and raise their families in the same towns as some Sage Riders members. They see each other at the grocery store and at ball games. Sometimes they even work in the same industry. Just as these different “user groups” are neighbors in town, they are also neighbors out on the desert.

One such cattleman is Dean King of Green River. Dean owns the grazing permits around Chimney Rock and also owns a small historic private parcel that is appropriately named El Rancho Not So Grande. In the beginning, Mr. King was skeptical about sharing the public land with a herd of motorcycles. But through negotiations, meetings and compromise, the Sage Riders Club and Mr. King learned a lot about the other’s activities and their need to share public land. It’s known as “multiple use” in the dictionary of public land use.

Fast forward quite a few years. There was a small horse gate on a fence in Lost Spring Wash, complete with one of the numerous PLEASE CLOSE THE GATE – SAGE RIDERS signs that have been provided to many cattlemen in the area. Unfortunately, not everyone is courteous and some just ignore the request on the sign. This lack of common courtesy leads to problems. It leads to cattle getting into the wrong allotment, which means many hours of wasted time, money and energy for the King family to round up the same cattle again and again and again.

A frustrated (but courteous) Mr. King made a phone call to the Sage Riders requesting assistance. It was decided that an ATV-width roll-over-style cattle guard was needed to fix the problem. The Sage Riders contacted the Price BLM office and received approval to move forward with the project. Recreation Planner Josh Winkler and Recreation Technician Jaydon Mead were happy to join in and organized the materials needed to install the cattle guard and repair the fence. (In addition, the ongoing trail marking and construction of information kiosks in the area falls under their direction. It’s a huge project, so volunteers are always needed and much appreciated. Contact the Price BLM if you would like to help.)

The club had previously installed a few other cattle guards for Mr. King, but this one would be a bit more complicated because of the difficult access. Luckily, Brandon Payne is not only a fantastic welder but also a talented fabricator. He made removable wheel assemblies and a tongue, and the cattle guard became towable. Dick Brass paid for the materials, and the Sage Riders paid for the removable tongue and wheel assemblies. Brandon donated his many hours of labor.

The Sage Riders towed it into the remote area and installed it. This is about the fourth cattle guard they’ve installed for rancher Dean King around Chimney Rock. Dean asked the Sage Riders for help at this location over one year ago. It took them that long to organize the project, raise the money, enlist the volunteers and construct the cattle guard.

Paul and Jack Anderson used a 50″ RZR as the tow vehicle, and the rest of the team rode in on their motorcycles. Just as the project was completed, Dean King and his daughter Stacy arrived on their ATVs and were able to test it out. They gave a big thumbs up and a loud thank you! 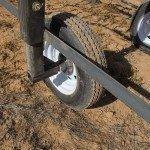 This is the wheel assembly. 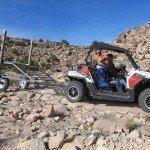 The road was too rough for a regular truck and too narrow for a full-sized utility trailer – thus the need to make the cattle guard itself into its own trailer. 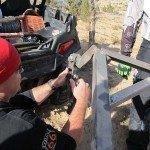 This is the articulating tongue assembly. 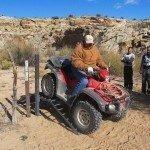 Dean and his daughter Stacy showed up just in time to try out the new cattle guard. 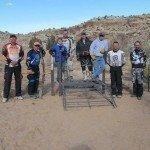 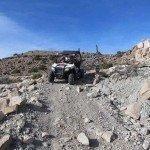 The removable tongue and wheel assemblies allowed Paul to tow the cattle guard in with his RZR. 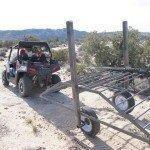 This is Paul and Jack Anderson doing what everyone does on a Saturday… towing a cattle guard with a RZR! 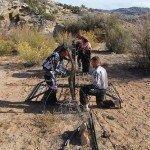 Here is the crew hard at work. 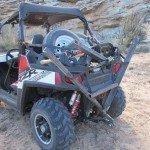 This is how they got the removable parts back home to be used again. Brandon built the tongue so that it twisted, turned, bent and basically articulated in every which way. 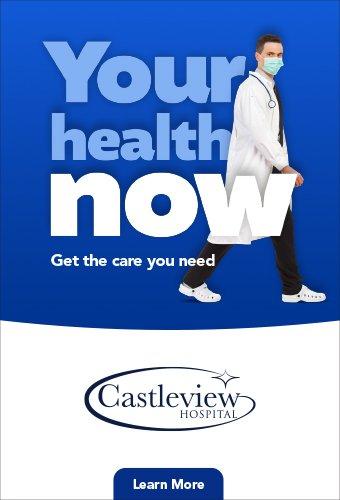