Roger Brooks made his way to Carbon County once more as he hosted boot camps for Price, Helper and Wellington on Thursday. The boot camps follow Brooks’ original visit where he posed as a secret shopper and toured Carbon County, searching for what could be improved to boost tourism and overall growth within the county.

Brooks first stop during his boot camp was in Price. While in the county’s most popular town, Brooks’ major suggestion was for the small town to try and figure out what they want to be known as and how wayfinding is critical for Price.

Wayfinding is system in which individuals can help guide themselves throughout places they are visiting. This system includes the use of signage. Price has several attractions that many may not know about, such as the Carbon County Fairgrounds, Utah State University Eastern, the USU Eastern Museum and several more. With the help and guidance of wayfinding, these destinations can be publicized and easy to find. Brooks also suggested that the city look for grants that are available to help assist in the project.

Focusing on Price Main Street, Brooks suggested that the streets be narrowed in a two-block radius, widening the sidewalks and passing ordinances for signage and banners. The tourism expert also suggested to make Price’s downtown a fun place to be. This can include adding a good “mix” of businesses on main street such as restaurants, ice cream shops, coffee shops, book stores and more.

Next on his list was the county’s historical and artistic town of Helper.

Brooks was sure to mention that Helper is already ahead of the game with their downtown and community pride. In his opinion, the town is one of the best towns in the state of Utah. However, he would like to see the town “monetize.” This means that visitors will go to the artistic town but if shops aren’t open, they will leave and not spend much time there.

To help address this issue, Brooks suggested that businesses should start with staying open later on Fridays and Saturdays as well as stay open later than 5 p.m. on weekdays. He also suggested that a boutique hotel and more eateries are needed on Main Street to help not only attract visitors, but locals as well.

However, parking issues may arise if more traffic is brought to the town. Brooks asked if there were any buildings that could be taken down on each end of the street to help with parking. He also stated that parking does not have to be free.

Lastly, Books made a stop to the home of Nine Mile Canyon: Wellington.

Brooks shared with the group that Nine Mile Canyon should be the main focus for tourism and encouraged looking for ways on how to monetize it. The newly remolded Miller’s Gas Station is the “stop” in his opinion. Therefore, he suggested that visitor information with postcards, t-shirts, etc. should be placed in the store to help promote Wellington’s famous canyon.

He also added that signage and banner poles should be placed on Main Street to help promote the landmark. Brooks also brought up the idea of opening a Nine Mile Canyon museum/visitor information center on Main Street.

Nine Mile was a hot topic during the discussion, but he also stressed focusing on the city’s beautification. Brooks stated that improving existing businesses to help them look more inviting and welcoming would be a major start on this project.

While inviting the tourism specialist to Carbon County could potentially have a large impact on growth, many have been wondering just how much has been spent on his visits. A grand total of $18,750 was the cost for both of Brooks visits to the county. Carbon County Tourism Specialist Tina Henrie addressed the topic to help clarify that the cities and their citizens did not spend a penny on his visit.

“As far as the money spent on this project, the Utah Office of Tourism knows the benefits of Roger Brooks and that is why they have included his services as part of the State Tourism Program, providing a 50/50 match,” Henrie explained. “Tourism Transient Room Tax (TRCC), which comes from our hotels (visitors), is what helped pay the match for us.”

Henrie went on to explain that that the Carbon County Office of Tourism operates solely on the exact funds and the TRCC.

“Not one bit of the expense was passed on to the cities or their citizens, and they will get the most benefit from having him here,” she said. “We need to start spending our money in places that are going to help us as a community.”

Residents have also been questioning how Brooks’ visits can benefit the county.

“The county is only as good as its cities are,” Henrie said. “So, if the cities start to implement the changes that Roger Brooks has recommended, it will improve the quality of life for its citizens, which in return will increase our visitor traffic and economic growth.”

Brooks has stated before that “marketing will only bring a visitor here once. It is the cities responsibility to give them the experience once we get them here and coming back.” Henrie addressed this quote by adding if Carbon County is marketed for people to visit but there is no pedestrian-friendly district, such as no stores being open after 5 p.m., downtowns that are not welcoming and the lack of customer service and community pride, then the visitors “won’t be back, let alone set up shop here.”

“The information we got from his visits is only good if we use it,” said Henrie.

So, how can citizens help improve the county?

Involvement is the key to helping improve the county. “Be a part of the change,” Henrie said. “Get involved in your community in a positive way. We can’t continue to do the same things we’ve done before and that is why the county has made a change in their tourism and economic development departments.”

Henrie went on to explain that the most positive change involves the cities and their communities by working together to help make the county a great place to live, work and play.

“I challenge each citizen to take a whole week on their social media pages and share something positive within their homes, their neighborhoods, their communities, etc,” she said. “We want you to be a part of what is happening but we want the “doers,” not the “sayers” and we want the ones who are going to support the efforts. Sure, there are going to be naysayers but those aren’t the people I’m going to be working with. I’m going to be working with the ones who offer ideas, solutions and who want to put the work in. We can do this! All of us! County, cities, and communities… together.”

To watch the full presentation for Price, Helper and Wellington, please click each individual city. 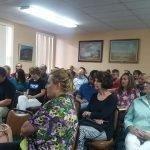 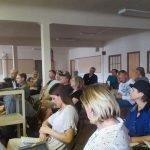 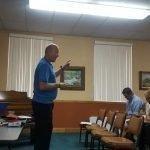 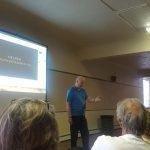