A single vehicle rollover on SR 96 near Scofield Reservoir sent six people to the hospital on Sunday afternoon. According to Utah Highway Patrol Sgt. John Kelly, the incident occurred at approximately 4 p.m. when the driver of a 2003 Toyota Tacoma failed to negotiate a turn, causing the truck to roll several times.

Brandon Taylor, 22, of Orem, was the driver of the vehicle and was ejected during the accident. Taylor was airlifted from the scene and transported to the University of Utah Hospital in critical condition.

Five passengers, all from Utah County, were also injured during the accident and transported to Castleview Hospital. Passenger Branden Olsen was also ejected from the vehicle, but did not sustain serious injury according to Sgt. Kelly.

Investigation into the accident is ongoing and according to highway patrol, alcohol could have been a factor in the incident and none of the passengers were wearing seat belts.

Sgt. Kelly explained that the deadliest days on Utah roads are rapidly approaching. “Between Memorial Day and Labor Day, it is the 100 most deadly days for travelers on Utah roads,” he indicated. “Summer holidays tend to be the most dangerous travel days of the year.”

He emphasized the importance of obeying laws including the use of seat belts, zero tolerance of driving under the influence and no distracted driving, which includes cell phone use. “We have the new cell phone law that just took effect and we are taking it very seriously,” Kelly said. “All motorists need to be aware of the it.”

The new law states anything that requires a phone user to manipulate the device in any way is banned while driving. This includes texting, web surfing, dialing a number and taking photos. Hands free and voice activated devices are allowed.

“Our goal is to keep everyone safe,” Kelly concluded. “We hope to do so by enforcing these laws.” 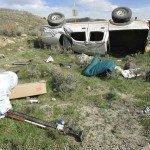 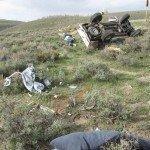 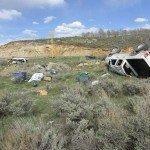 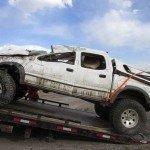 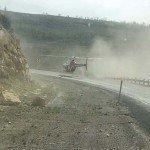 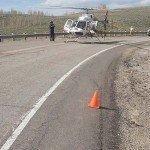