On the evening of 05/05/2019 at 2312 hours, Officer Nick Parker with Wellington Police Department was running routine traffic when a yellow colored pickup sped past him. Officer Parker made a traffic stop and encountered 2 males inside the vehicle. Officer Parker could smell the odor of raw marijuana, which led to Deputy Christiansen with CCSO and his K9 Boss responding and locating multiple items of drugs and paraphernalia.

The driver of the vehicle, Rafael Alvarado DOB 04/01/1994, was arrested and booked into the Carbon County Jail for Speeding, Poss. Of Paraphernalia, Poss. Of Marijuana, Poss. Of Shrooms, Poss. Of Acid. The passenger, Steven Gayler 10/24/1989 was cited for Poss. Of Marijuana. Some of the items located inside the vehicle were: 21 drops of acid, 120 marijuana seeds, DABS, Cannabis Oil, Peachy O marijuana edible, THC vape pens, and a 4 lbs “Shroom Loaf”.

Thanks to Officer Parker for being proactive and doing a great job. Also Deputy Christiansen and K9 Boss, CCSO, and Price City Police! The report will be submitted to Carbon County Attorney’s Office for screening and official charges. 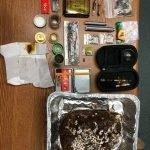 Photos Courtesy of the WCPD 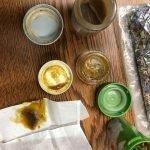 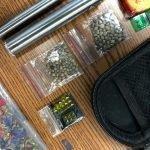 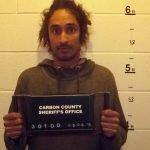