On Thursday at 12 p.m., Price City Police Officer Brandon Ratcliffe stopped a white Ford pickup truck for a stop sign violation. The truck pulled into private property across the street from the Notre Dame Catholic Church. Ratcliffe ended up arresting all three persons from the vehicle for a variety of charges.

Ratcliffe recognized the back seat passenger as Valene K. Noone, 44, of Price. Noone was arrested for a statewide warrant traffic arrest. A search of her person incident to arrest allegedly led to the discovery of her possessing baggies of caramel laced with THC. Noone allegedly indicated she got them in Colorado. It is legal to purchase and possess these items in Colorado, but not in Utah. She was also allegedly found to be in possession of paraphernalia items. A loaded syringe with heroin was allegedly found in the vehicle in close proximity to her location.

Noone was ultimately booked on the warrant and charges of possession of heroin, marijuana and paraphernalia all within a drug free zone.

Noone has 14 previous arrests, mainly drug and domestic violence offenses.

As the investigation continued, officer Susan Hyde arrived to assist. The right front passenger falsely identified himself to the officers and provided the name and identity information of a real person. He bore a striking resemblance to that person when identity photos were examined. As the passenger and driver exited the vehicle, the passenger allegedly opted to flee contact with the officers. Ratcliffe and Hyde were able to stabilize the subject, who quickly gave up.

Deputies from the Carbon County Sheriff’s Office arrived on scene to assist.

The resisting subject had allegedly dropped a large quantity of methamphetamine near the tire of the truck as he exited the vehicle. The subject would ultimately be correctly identified by officer Ratcliffe as Troy M. Mauss, 33, of Sandy. He was booked for an NCIC warrant, a no bail warrant Board of Pardons warrant for absconding from parole on an original robbery charge, possession with intent to distribute methamphetamine, possession of heroin, possession of prescription medication without a prescription, possession of paraphernalia (all within a drug free zone), resisting arrest and giving false personal information belonging to an actual other person.

The driver was Travis S. Warren, 30, of Price. Warren was booked on possession of heroin and paraphernalia in a drug free zone. Warren has 17 previous arrests, mainly drug, assault and theft charges.

The truck was released to the registered owner who responded to the scene.

A total of 25.5 grams (slightly more than ¾ ounce) of methamphetamine was seized.

Investigation continues into the possibility of possessing stolen property.

Upon review of the report, the Carbon County Attorney’s Office will determine the appropriate formal charges. 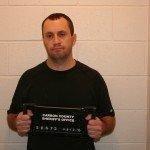 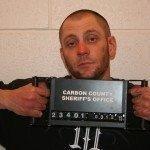 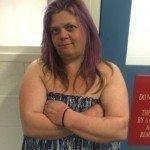 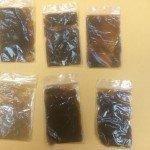 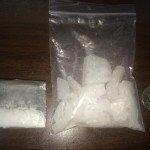