On Saturday just after 9:30 p.m., Price City Police Officer Drew Olson stopped a 2001 Pontiac Grand Am at 350 South Main St. in Price for a minor traffic violation and an equipment violation. The owner and driver of the vehicle was Christopher Thomas Gill, 41, of Helper. A female passenger was in the front seat and Jeremy Charles Saccomanno, 39, of Spring Glen, and Jeff Andrew Vigil, 37, of Price, were back seat passengers.

Ultimately, officers seized 135.9 grams of methamphetamine, 15.8 grams of heroin, a number of unlawfully possessed prescription pills, items of paraphernalia, a large folding knife and over $5000 cash.

Saccomanno was booked into jail on Possession of Methamphetamine (F2), Possession of Paraphernalia (MA) and a seat belt violation. Saccomanno has only two prior DUI convictions.

Vigil was booked on Possession of Paraphernalia (MA) and an unrelated Retail Theft charge (MB). Vigil has only three prior arrests, including two DUI convictions.

All charges will be screened by the Carbon County Attorney to determine the appropriate formal charges. 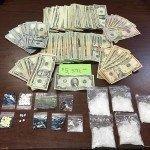 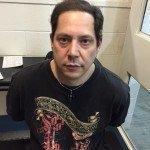 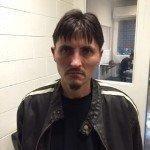 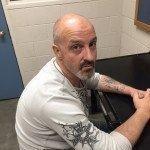