Dogs have been friends to humans for years. The four-legged pals are always around to provide a smile and some fun. However, some dogs go above and beyond: they save and protect lives.

Runako, which means handsome in some languages, is an Australian Shepherd service dog. The 2.5-year-old dog belongs to Mark Jones and loves popcorn, playing with empty milk jugs and hates wearing a collar. He’s been on airplanes, will ride on escalators, has sat in a courtroom and has stayed in a hospital for two separate 72-hour stays with Jones. Runako is a cultured dog, he’s been to movies and plays, and was once asked to play a role in a play. He’s also been to church. He provides service every day that has saved Jones’ life.

Jones has battled seven years of what doctors refer to as major depression as well as a severe anxiety disorder. It came to the point where suicide was a considerable option. Many desperate and drastic methods were sought out and used trying to find relief including heavy medication, a lot of leaning on family and friends, immense psychotherapy and a very intense six-week medical procedure.

“To my wife and kids and several very close friends, thank you for being there. I would not have made it without you.” commented Jones.

The severity of the depression Jones was suffering from was referred to by one of his doctors, Dr. Lowry A. Bushnell, a world renowned psychiatrist at the University of Utah, as drug resistant depression. A team of doctors eventually recommended the aid of a service dog. However, the recommendation did not come with specific answers to questions such as: How does someone get a service dog? Who trains them? What breed is the best? These questions circled Jones following the recommendation. He was left on his own at that point to find any and all information in order to pursue the recommendation.

Certified service dogs can cost up to $20,000. After months or years of specific task specific training, dogs are sold and occasionally donated to those with disabilities. That price was out of reach for Jones, so surfing Google became his means of learning how to buy and train a service dog of his own.

“I did get a very brief crash course on basic dog training from a relative that is a K9 officer and who is an instructor at the Utah Police Academy K9 unit because I didn’t even know how to house train a dog when I started,” Jones explained. “Training was a lot of work without any guidance or help. I had to research the ADA law on my own and teach myself not only what the act says, but what the intent of all the legal wording means.”

An attorney he visited with about the ADA also had to do a lot of research on the matter because it’s not something that local attorney’s deal with. “Once I had a dog, it was very, very hard to find training facilities and once I found some, the waiting lists were long, the paperwork was enormous and the cost was unrealistic for me,” Jones said.

Finding the right dog was the starting point. Runako and Jones’ “story” is a tearjerker and nothing short of a miracle. Several people have suggested a book be written of the story, which Jones is slowly pursuing.

Just after purchasing Runako, Jones realized this dog was far more than he had anticipated.  “That was a turning point,” Jones explained. “That was the first turning point I had in five years.”

Jones started training Ranuko when he was just a puppy. “Training him was probably just as big of a turning point as getting the dog itself,” he said. “Not having help turned into a benefit, to be honest. It gave my mind something constructive to do. I was forced to focus on the daunting task of training a service dog. Learning how to train a service dog took me into a world of canine psychology and ironically, distracted me from my own psychological problems.”

The breeder, who has become a very close friend of Jones’, commented last Thanksgiving when she saw Runako for the first time since he was weaned. It was Dara, the breeder, who, without a single second of hesitation, recommended Runako as the pup capable of handling this type of service dog work. “I knew Runako was special right from the start but I didn’t know how special,” she commented. “He wouldn’t have reached his potential without you, Mark.”

“He can’t fix my problems,” Jones said. “Runako is specifically task training for me to mitigate the effects of my specific medical condition. He’s much like a pharmacy prescription for medication. In fact, to cover myself legally, if I ever needed to prove Runako as a valid and legit service dog, I have two written prescriptions from two separate doctors stating that a service dog would be beneficial to my health.”

Jones also has written documentation from the breeder that he was looking specifically for a service dog candidate and purchased the pup entirely with the intent of service dog work. “In today’s society, I’ve had to protect myself and Runako in legal and liability ways in case controversy ever arises,” Jones stated.

Runako is trained to perform a variety of specific tasks, some of which include tactile stimulation and constant visual contact between Jones and Runako on command.

“A common question I get from people is, ‘Is he fully trained?’ I always smile and laugh a little bit at the question because I don’t quite know how to answer it,” said Jones. “The answer is yes, he is a fully finished service dog and doesn’t need any further training, but unfortunately for Runako, I will never be finished training him. Training dogs has turned into a passion and I’m constantly making sure he stays finely tuned and I’m always looking for new things to train into his resume. For example, several months ago while Runako was helping me in WalMart I recognized that it would be helpful if I could move him in a heal position (off leash) from my left side to my right side while we walked with nothing but a simple one word whisper from me to him. I set out to train him to do that and now I can whisper the two separate commands to him and he will quietly shift himself from my left side to my right side and back when asked to. I’ll never be finished training this silly dog.”

With Runako’s help, Jones is to a point that for the most part he doesn’t “need” Runako’s 24-hour presence any more. “I still take him with me most all of the time because it feels weird to me when he isn’t there, and I like to “keep him sharp” on his training because you never know if a day will come when I may need him again, Jones commented.

While service animals are not necessary for everyone with a disability, they may help many. There are ways to purchase an animal, but they are expensive. Some, like Jones, can dedicate countless hours to training a dog to assist with a disability, but it isn’t easy. For others, animals can be purchased from reputable training facilities and professional trainers.

Lazy D Australian Shepherds, the breeder, has made Runako an icon on Facebook and their webpage of the potential of the canine’s ability to assist those with disabilities. Because of Runako’s attention and popularity, Jones has been approached by a foundation located in Houston, Texas to assist in training and consultation to the foundations up-and-coming veteran’s rehabilitation and retreat facilities that will dot the nation. Jones has also been asked by a couple of families to train service dogs for their children.

Also coming from Runako’s success story has been five other direct litter mates receiving certification as service dogs as well as a few others from litters since.

“That litter was/is amazing,” Jones said. In fact, the litter was 13 total, three of which are now located in Price and another that has been placed in another home located in the state of Utah, although they were whelped in a small town near El Paso, Texas. “Cassi, the mother, is the epitome of a producer of service dog quality pups,” said Jones.

Those who see someone with a service animal should do the following:

o    Do not approach the animal without permission, the animal has a job to do

o    Ask for permission from the owner to pet the animal, respect the owner’s yes or no decision

o    Refrain children from rushing towards the animal

** Some photo credits belong to Lazy D Ranch Photography and are subject to copyright.  These photos are being used in this article with permission from Lazy D Photography. 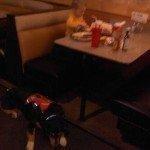 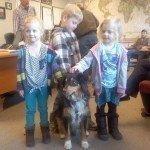 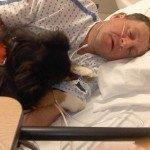 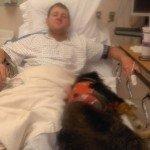 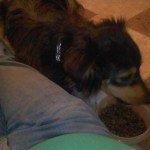 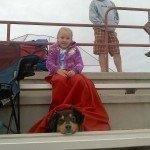 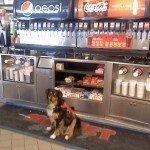 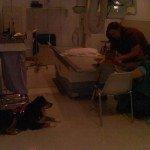 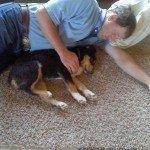 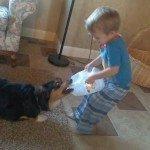 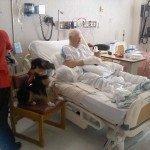 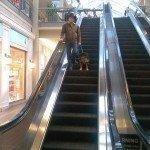 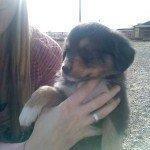 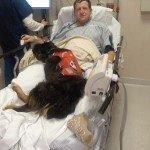 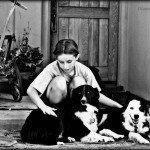 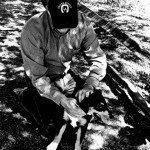 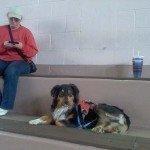