The Sally Mauro Bulls hosted their school-wide spelling bee recently. Not only does the bee further the students’ knowledge on spelling, but it also determines which Bulls will represent the elementary school at the Carbon School District (CSD) spelling bee in February.

Jordan Olsen spelled for success and came out as the first place winner. Olsen was followed by Daxton Alley in second place and Haley Jones in third place. The CSD spelling bee is slated to take place at Carbon High School on Feb. 4. The competition is slated to begin in the school’s auditorium promptly at 10 a.m. 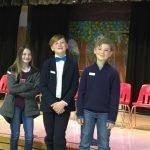 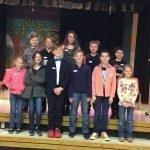