The students of Sally Mauro Elementary know the importance of giving back to your community. Recently, they demonstrated how to give back with a student government sponsored food drive.

The drive lasted for two weeks, beginning on Nov. 7 and ending on Nov. 18. During the event, student government officers and class representatives collected food items from each class in the mornings. Close to 1,400 items were donated, totaling 850 pounds.

The winning class that donated the most food, Mrs. Dart’s first grade, was awarded with the opportunity to throw whipped cream pies at principal Jarad Hardy during an assembly that took place on the morning of Nov. 22.

After the pie throwing, the school also hosted Minute to Win It games to celebrate the student body’s hard work, good behavior and amazing results in the drive. Teachers and students were called at random to stand at the front of the school and participate in bottle flipping, cup stacking and balloon bouncing. 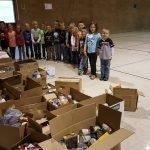 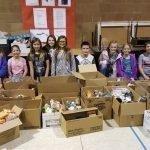 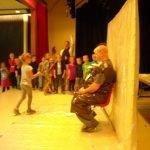 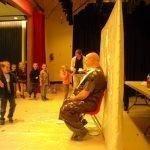