The advisors, Lara Barnett and Liza Roberts, put us to work after lunch on decorating and going through our parts and talents. That evening, the program began with talents from some of our members. Ryleigh Laws performed a dance and Maddex Behling and Dani Wolford performed gymnastics. Rileigh Meccariello and Haidyn Roper performed a clogging routine and Danika Farley played a piano piece.

Principal Doug Mecham concluded with telling the students how proud he was of them for working so hard and becoming members of the Honor Society. 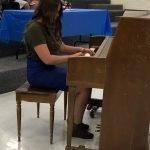 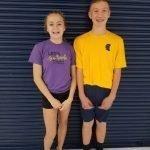 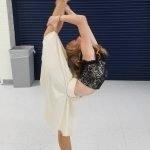 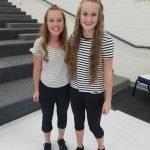 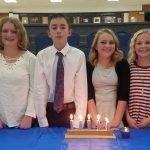 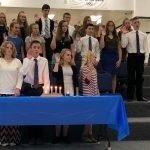 Honor Society being sworn in, led by Beka Barnett