They were happy to report on their recent service project, Farmers Feeding Utah. The students were proud to have been part of the project and spoke about the growth and enjoyment gained from serving. They also thanked the commissioners for their contribution and reported that they distributed over 5,500 pounds of food.

Jacob Franklin from the State Farm Bureau, who was in attendance at the similar event in Green River, was also present during the meeting and reported much of the same results at that activity.

Also during the meeting, the safety minute presentation was given by Clinton Olsen. He reported on phishing, also known as cyberattacks. He cautioned to make sure your emails are actually from who they say they are. Never give out personal information and if something does not seem right, say something to the IT department.

The safety gift card awards were then drawn for Courtney Rich, Larry Johansen, Megan Hess, Adriana Chimaras, Shaun Roper and Richard Ryan. Commissioner Lynn Sitterud reminded that these awards will continue to be given out as long as there is not a time-loss accident.

A land lease agreement between Emery County and county resident Larry Brown was then approved. This land is located next to the San Rafael Energy Research Center and would allow for businesses to build outside the center. It would also protect the encroachment of other businesses there.

Chimaras, Emery County Tourism Director, then spoke to the commissioners about grant applications from Castle Dale City for the Ghost Road walking/biking trail and Huntington City’s application for the asphalt walking path. These were both approved.

She also requested a contract between Emery County and Miles Partnership for the Google Optimization Project. This request was also given approval pending the county attorney’s review and approval.

The annual contract between Emery County and Utah Association of Counties (UAC) for economic development consulting was also approved.  The cost associated with this is $60,000 and the UAC has been utilized for the past two years. The commissioners feel that this has been very beneficial to the county as they work to bring in solar projects and solidify the inland port.

Next, a donation of $2,875 from the Emery County Fair budget was donated for youth summer programs. This is the fourth recipient in the list of contributions from the budget for this year’s cancelled fair. They include the Cowboy’s Memorial Rodeo, Carbon Emery Livestock Show and the purchase of a climbing wall for use at city celebrations. The total of these contributions is about $45,000. 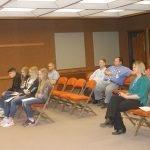 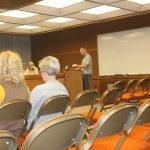 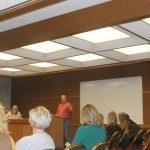